I received an email from the Boardtown Running Club in Starkville that a young lady named  Zoe Romano was running across the country and that she would be in the area if anyone wanted to run with her for a bit.

Then on Tuesday we were in town and on the way home I saw this young lady on highway 82 pushing a jogging-stroller, walking along the road.  I put two and two together and figured out that must be her.  So later on Tuesday I called her cell number and she said I could run a bit with her on Thursday, Wednesday was a rest day.

On Wednesday I did my Downtown YMCA to Southern Family Market run which I have done a few times recently.  That was fortuitous because we covered some of that same path today.

Got connected with Zoe around 8:30 am today and we had a nice run through Columbus.  I’m not that good with Columbus streets and I missed a turn that would have put us into a few of the antebellum houses.  Instead we went through a poorer neighborhood.  But that turned out kind of nice because a couple of people had seen a TV report about her run and had a kind word to her.  We eventually made it to 182  (Main St. / Alabama St.) and I kept with her all the way out to where 182 and 82 come near each other about a mile short of the Alabama line.

There I caught my ride back home and she went on with another 18 miles on the schedule for today.  Here is a picture when we parted ways. 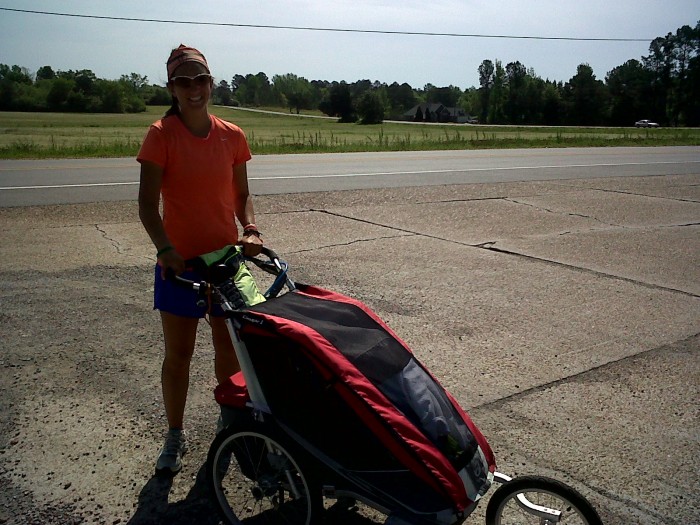