I have a confession:  MFH (My Favorite Husband) and I did not put up a Christmas Tree this year.  This is the first year in the 31 years we’ve married that we have not put up a tree.

We talked about putting it up on Friday but decided that we would not.

We’re not Scrooge’s or anything! We’ve just been so busy this year to have the extra “Oomph” needed to put towards decorating. Lame, I know.

My MIL (Mother in Law) sent us a beautiful wreath from LL Bean.  That’s an annual gift from her.  It arrives fresh from Maine and smells so nice! Hanging that wreath on our front door is the extent of our decorating.  Isn’t it pretty!?

Even with our lack of decorating for Christmas this year, we have had a fabulous day!

#1 Son and his puppy, Alice, dropped by on Christmas Eve.  MFH and I took him out for dinner.  When we got home, we did a gift exchange with the three of us while Alice and Paxton played.  I even managed to get the two men *and Alice* to pose for a selfie! 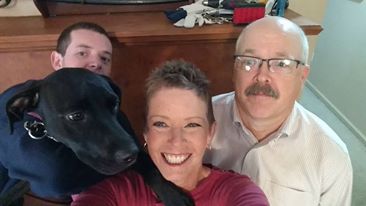 MFH was sporting his new T-shirt I bought for him. 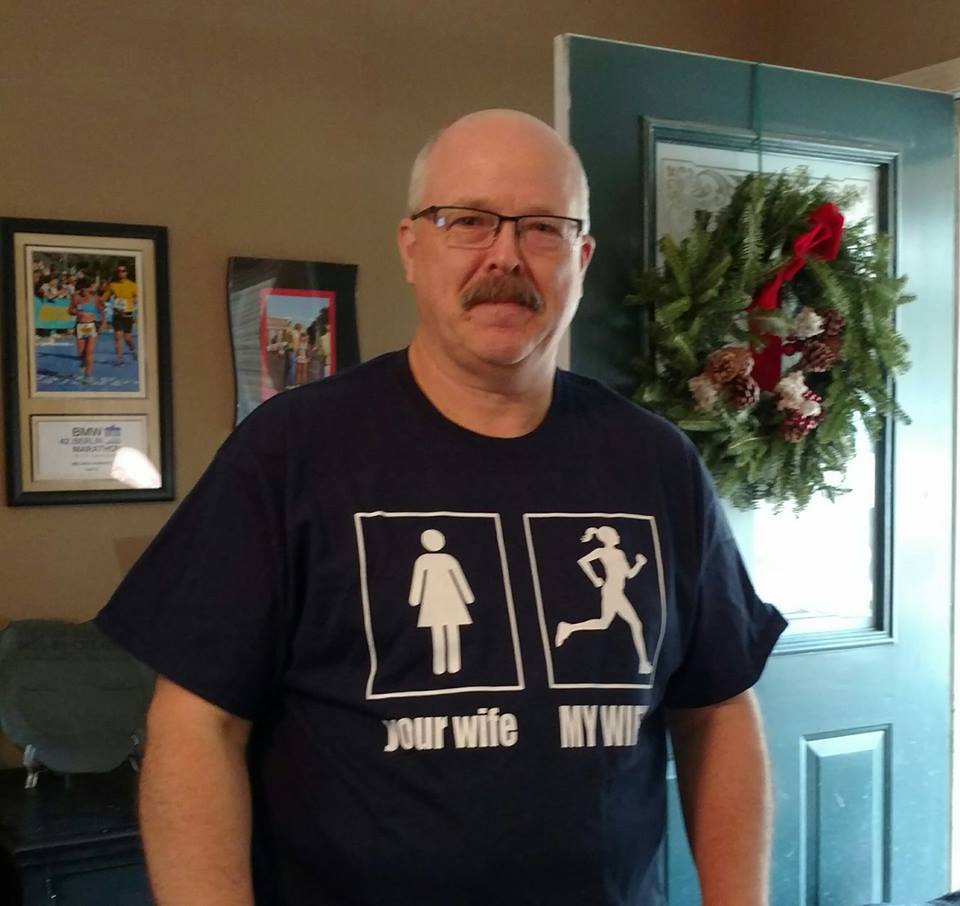 I was sporting the diamonds I got from him! 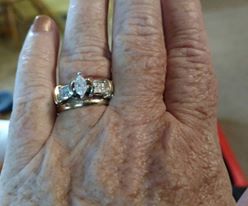 MFH and I spent Christmas afternoon with sister’s family and my parents.  What a fun time!  I don’t ever think I’ll be hungry again!

My sister knows me well and showed her confidence about my upcoming 100 Mile race.  Can’t wait for February 4 so I can earn that sticker and put it on my car!  Maybe I should get blinking lights to put around it so everybody will notice it?  LOL!!! 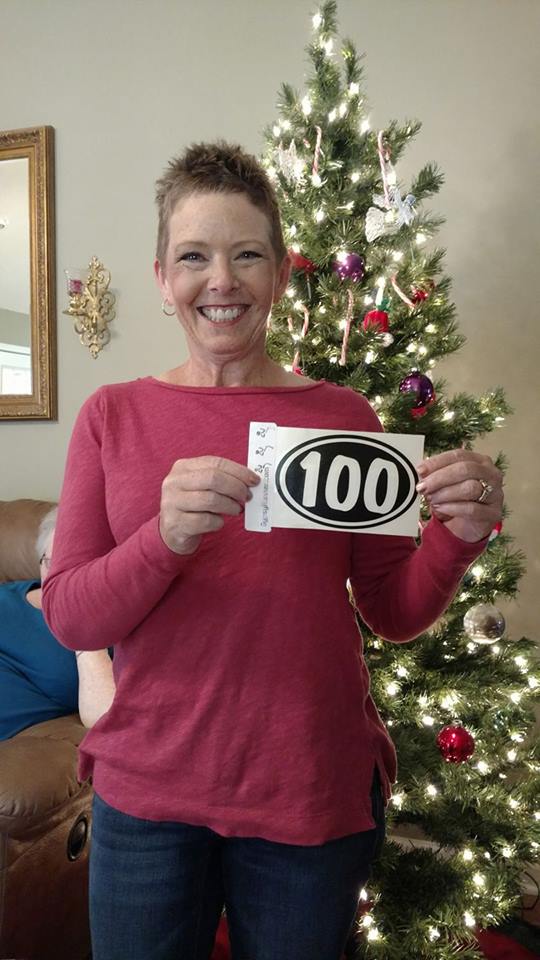 She’s the whole reason I started running, you know!  She wanted to do the C25K program but didn’t want to do it herself so she asked me to do it with her.  The rest, as they say, is history.

Christmas Eve, MFH ran 8 miles with me.  We don’t get to run together as much as we used to so it was a huge treat to run with him!  Such a fun, fun, run!!! 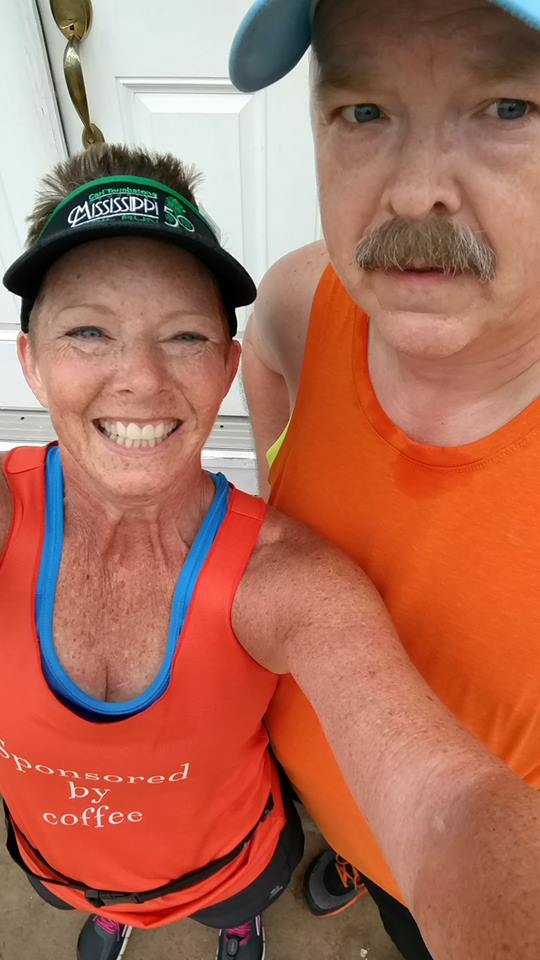 This morning, I ran 10.50 Christmas morning miles before we headed off to church.  What a fun run this morning, too!  Met a new-ish neighbor.  He stopped his pickup in the middle of the road and said, “I see you running All. The. Time. You’re everywhere!” 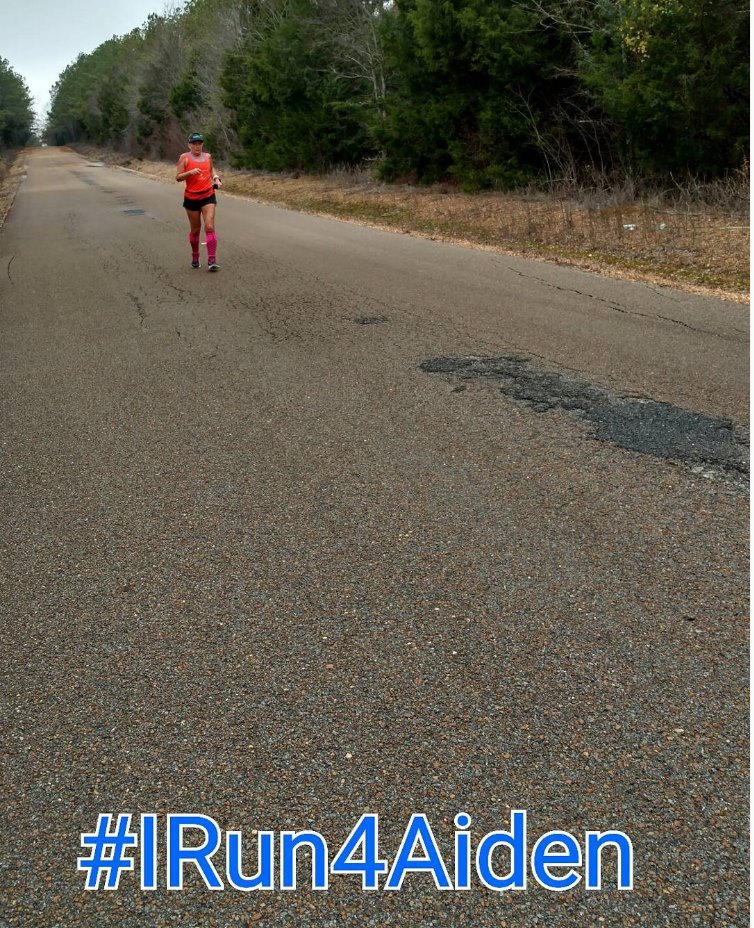 This morning’s run took me over the 2200 mile mark for 2016.  I’ve thought about doing some #runnersmath and figure out about where I’ll be by the end of this coming week but I think at the most, I’ll add 50 miles to the total for the year.

Starting tomorrow, I’ll be doing kind of a taper but not really a taper for the Mississippi Blues Marathon.  That race is on January 7, 2017.  I’ll have one more BIG weekend of miles after that and then the serious taper for the February 4-5 Rocky Raccoon 100.

As race day for Rocky Raccoon 100 gets closer, you’ll be able to track me (if you want) on this link:  http://www.tejastrails.com/rocky100/

So many exciting things are happening!

I am truly blessed.