It was a heart-breaker of a race.

It was an amazing race!

Is it possible to want to cry your eyes out and still be so excited about some awesome running?

The correct answer is YES! 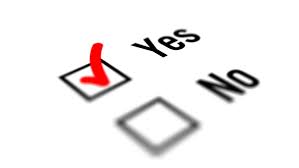 Even though Brazos Bend 100 is almost a week past, I still have so many emotions from the weekend that it’s been a challenge to write up a race report.

Let’s see if I can walk you through the weekend and the race itself.

MFH (My Favorite Husband) and I had a great time traveling to Texas from our home in Mississippi.  It was a little weekend get away for us.  MFH is always laid back and mellow.  I was very seriously focused on the race.  I do that. He knows this and yet he loves me anyway!

We stopped for lunch at a little place that advertised you could hold a baby alligator.  You know I couldn’t pass that up, right?  The lunch wasn’t all that great but the alligator was awesome!  Look at that cute little alligator smile!  HA!!! 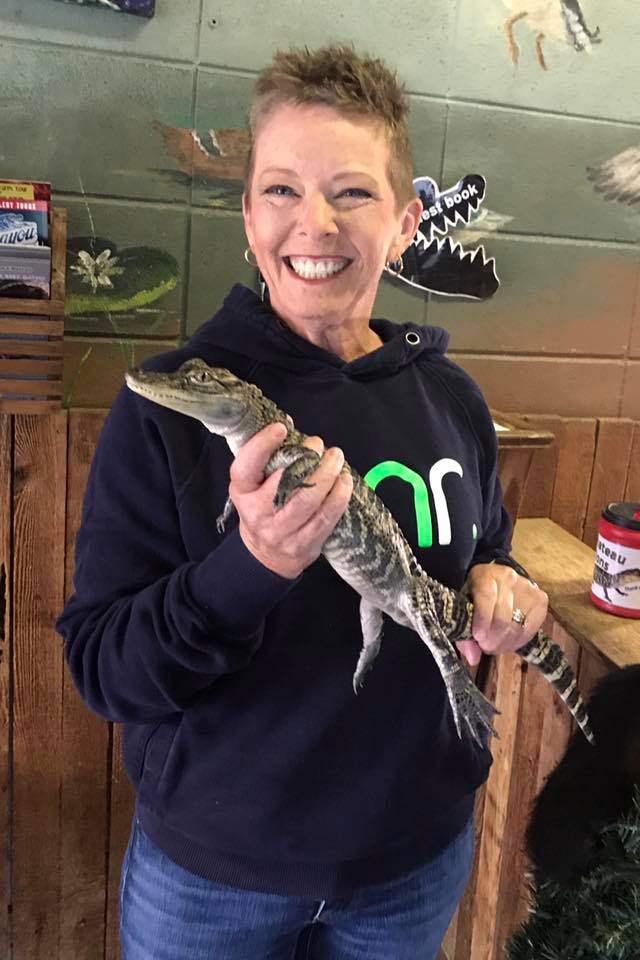 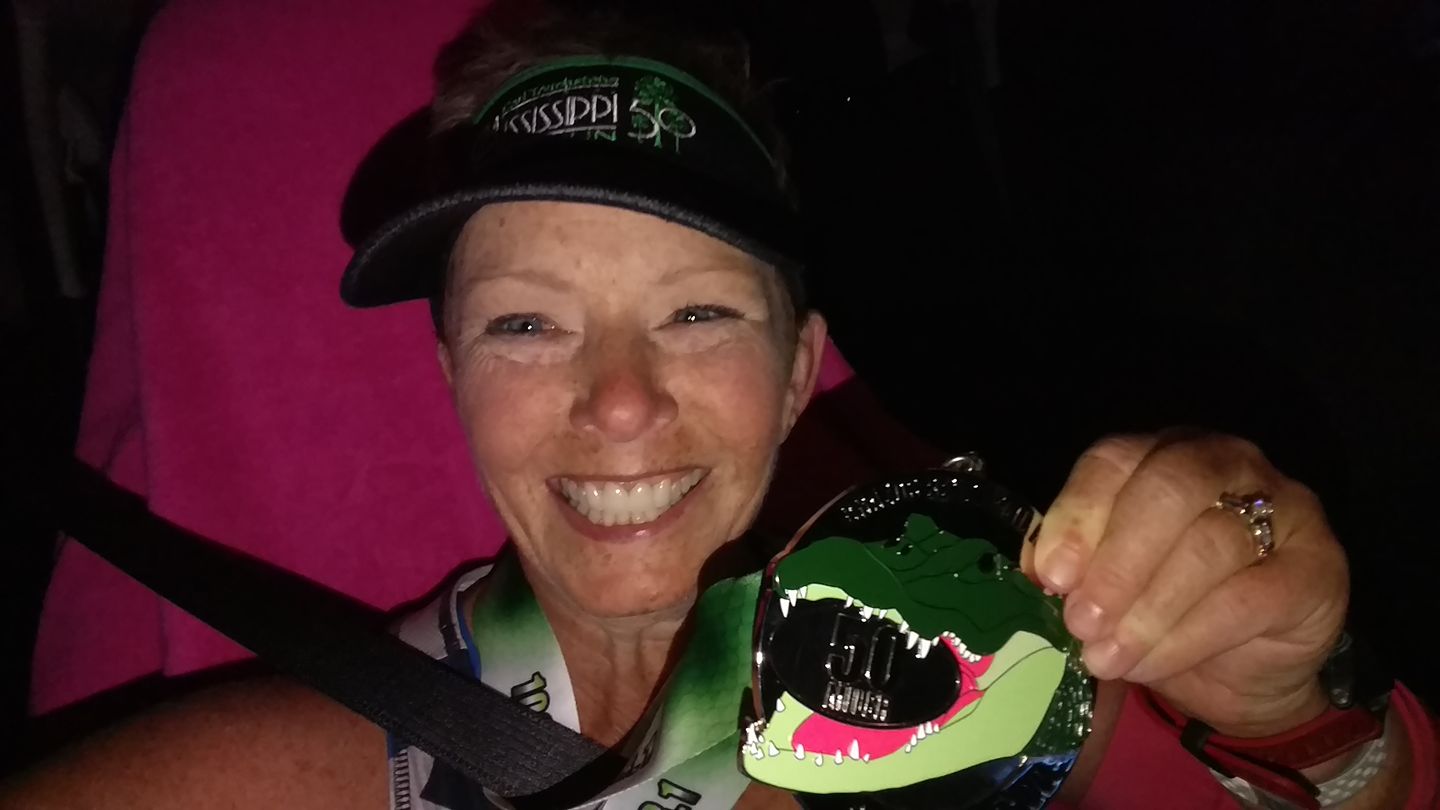 With that confidence in mind, MFH and I headed back to Texas to earn a buckle at Brazos Bend.

Now, this was not my first attempt at the 100 mile distance.  If you recall, this past February I had tried for 100 miles at Rocky Raccoon 100.  I had some eye issues during that race that caused a DNF.

Since Rocky Raccoon, I had been busy researching what had happened to my eyes.  I was trying to be proactive so I wouldn’t have a repeat of that.  After a few visits to my eye doctor, we thought we had the matter in hand.  So the eye thing wasn’t really an issue in my mind.  I had confidence that the course of action we had planned would work out great!

The other thing that I *used* to stress about was my fueling.

When I started running the longer distances, I knew that relying on gels wasn’t going to work. The constant energy surges and crashes and how my tummy rebelled at the very thought of a gel at the end of a marathon….nope! I had to find something different.  Something tummy friendly that would keep me fueled and hydrated. 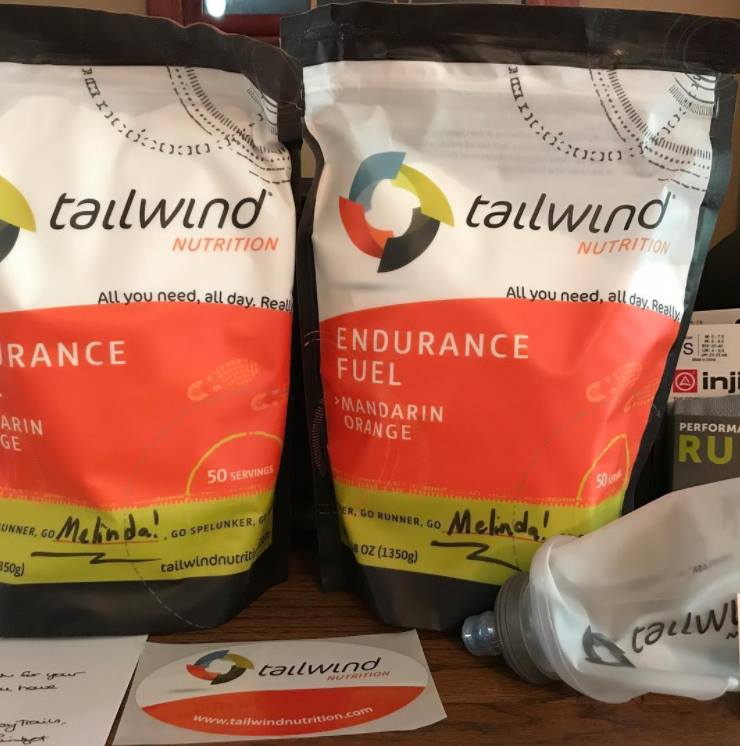 Two years ago I discovered Tailwind Nutrition.  What a game changer that turned out to be!  No matter the distance, the heat or cold…no matter what, Tailwind worked!  It was instant love!!!

See, I have witnessed what happens when a person’s fuel/hydration fails and it isn’t pretty. 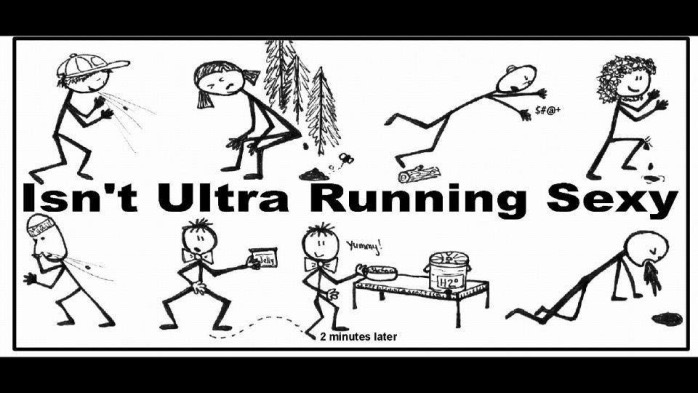 I really, REALLY(!) didn’t want to be “that” person constantly looking for the closest tree or bush or tossing my cookies on the side of the trail.  Call me what you want, I’d like to be able to keep what little dignity I have.

The fact that the Tailwind keeps my energy level in that sweet spot without any of the GI problems was a huge selling point to me. So, as I went into this race, I was confident of my fueling and it was spot on the entire time I ran!  YAY for Tailwind!!!

I was also confident in my Altra Running!  I was wearing the brand new Timp this year.  This shoe just came out over the summer and I am soooo in love with this shoe!!! 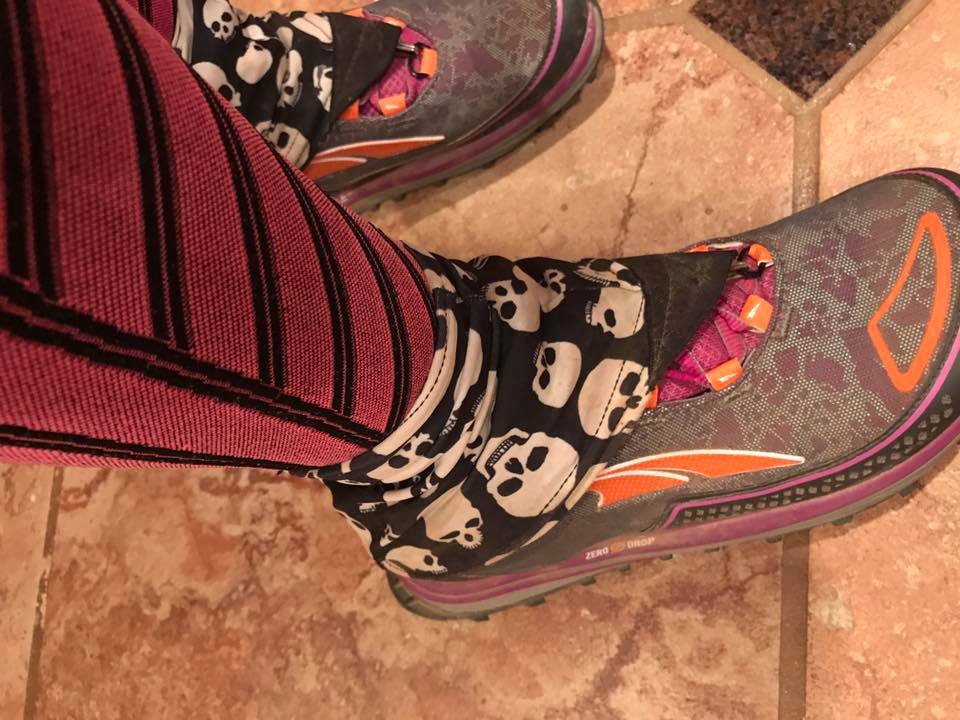 ChafeX kept me chafe and blister free!  Even through that swamp, my feet were happy!  No blisters, no hot spots….amazing stuff!!! 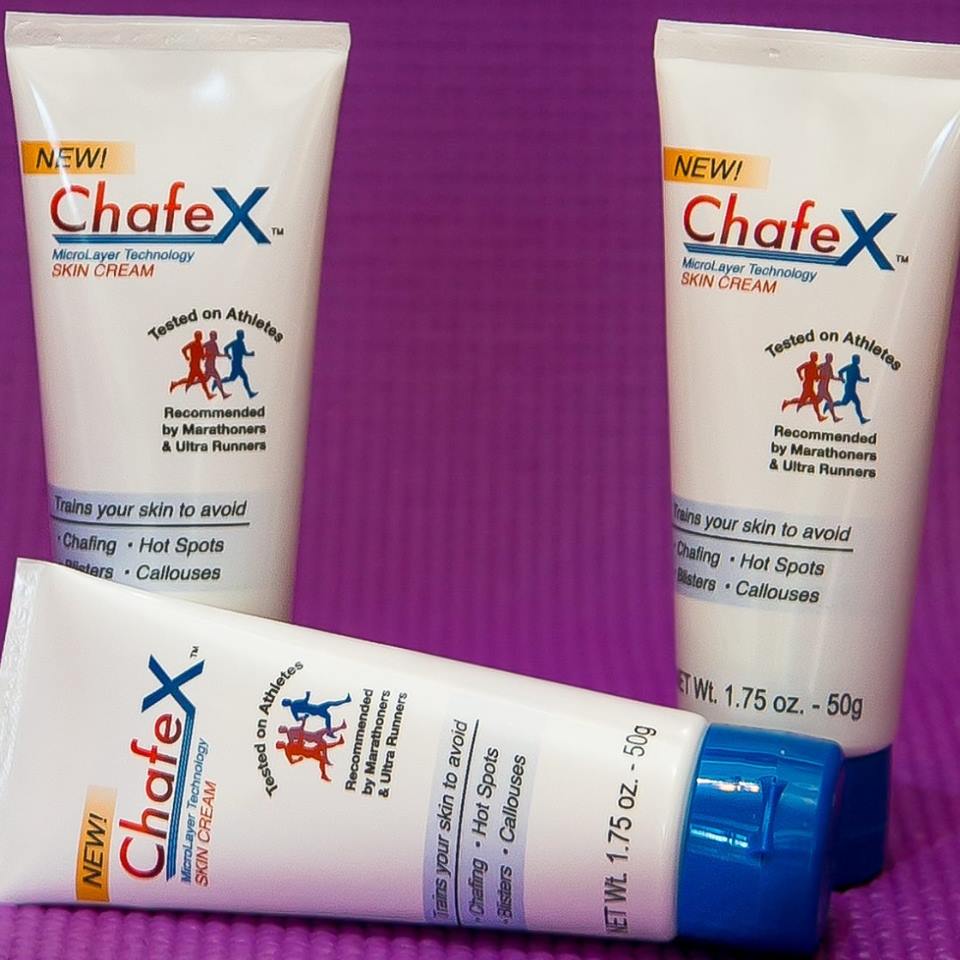 If you watch the video on this blog, you’ll see I’m wearing my XOSKIN long sleeve shirt for the beginning of the race.  Terrific running gear that helps control your body temp regardless of the weather conditions.

The race started at 6:00am.  It was dark and it was cold.  My Renegade Endurance teammates and I all got together for a group pic before the race started. 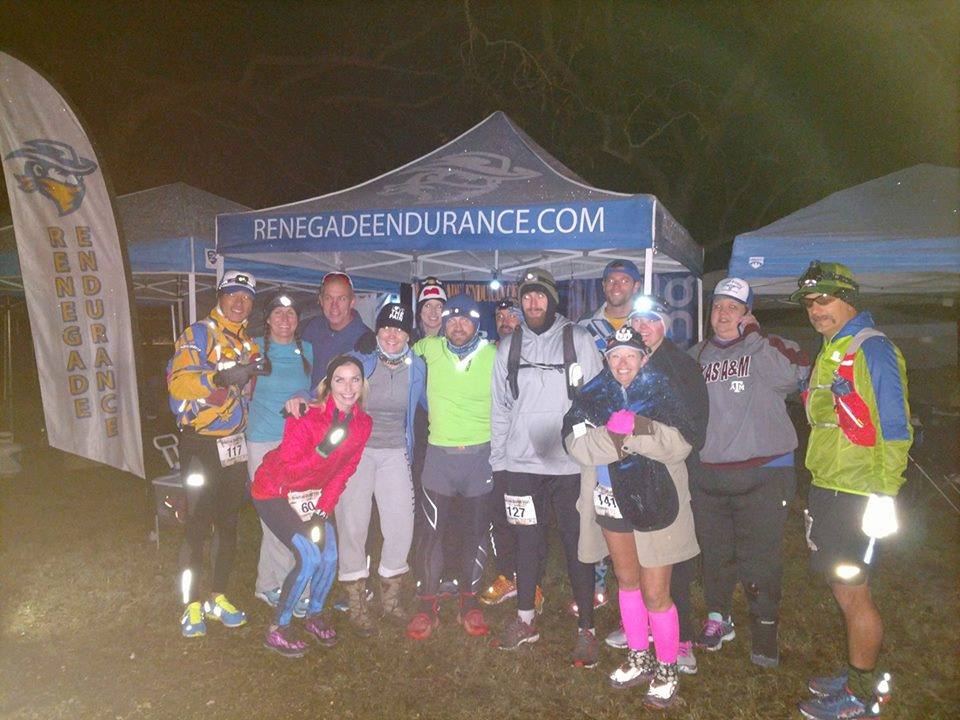 I also had a few Mississippi running friends there, too!  It was so much fun to get to visit and run a bit on the trails with Dennis. 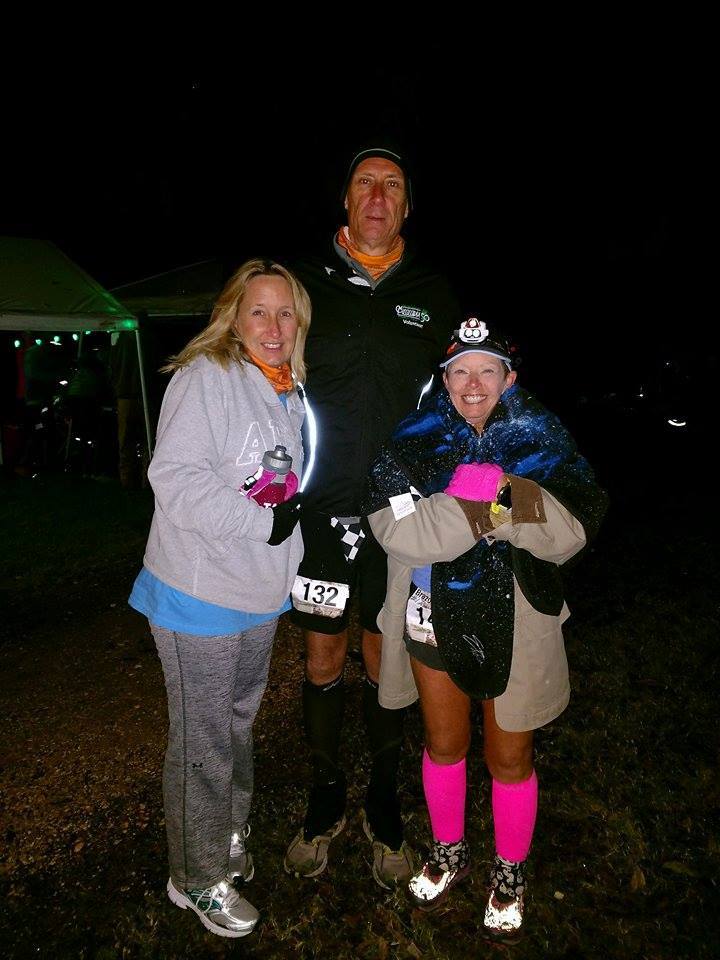 The course at Brazos Bend is relatively uncomplicated.  At the race meeting the evening before, the race director had mentioned a few “sticky” spots on the trails…a few places with a little mud.  One of them was the place that had mud last year so I wasn’t surprised.  The other spot was towards the beginning of the race.

I guess a bunch of us missed a turn but I didn’t think much of it.  See, he had said “sticky” spots so the thick mud that quickly turned into a swamp wasn’t a huge surprise.  I wasn’t a super happy girl because my shoes were gaining a lot of weight from all the mud and my legs were working harder than I would have liked.  To be honest, I was dreading running through that mess another 5 times!  I was also dreading the other “sticky” part because it was really sticky last year!

The back “sticky” part wasn’t bad at all and on my second loop I learned that we had missed the turn around and ran through that swamp when we didn’t have to.  Rats for running through the swamp but YAY for not having to do it again!

The sun came up after about an hour as we were running around the lake, it was a stunning sunrise!  Just beautiful and a huge treat after slogging through that terrible mud. 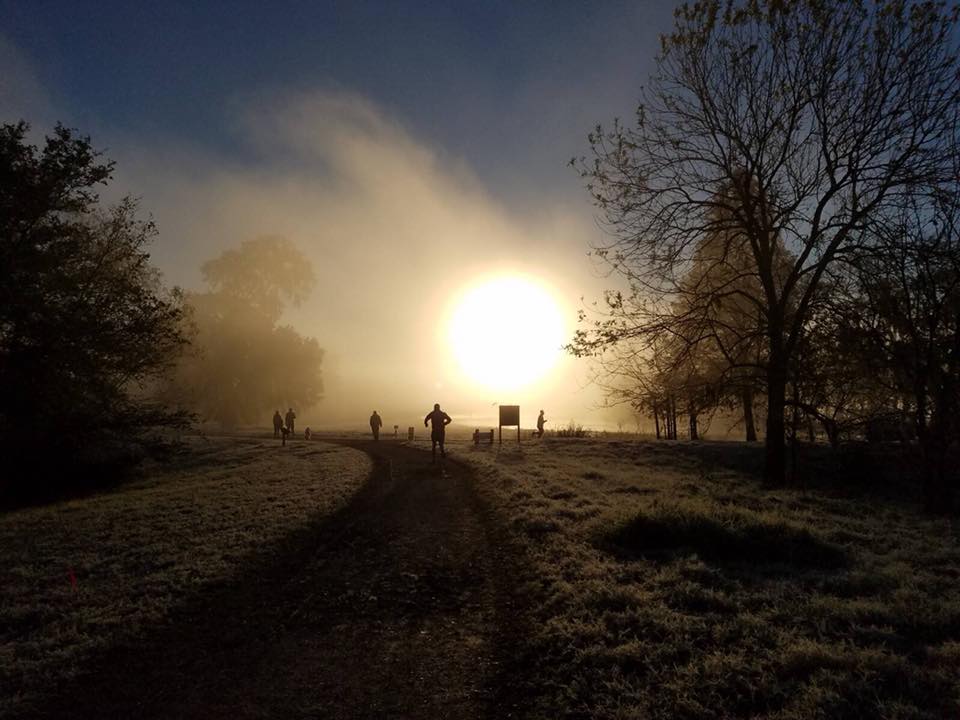 Coming into the end of the first loop, a Twitter and FB friend of mine was there cheering!  His wife was running the marathon distance that day, too, so he was there yelling for both of us.  *Click on the teeny tiny link for the short video he took*

This is me, a very happy girl at the end of my first lap. 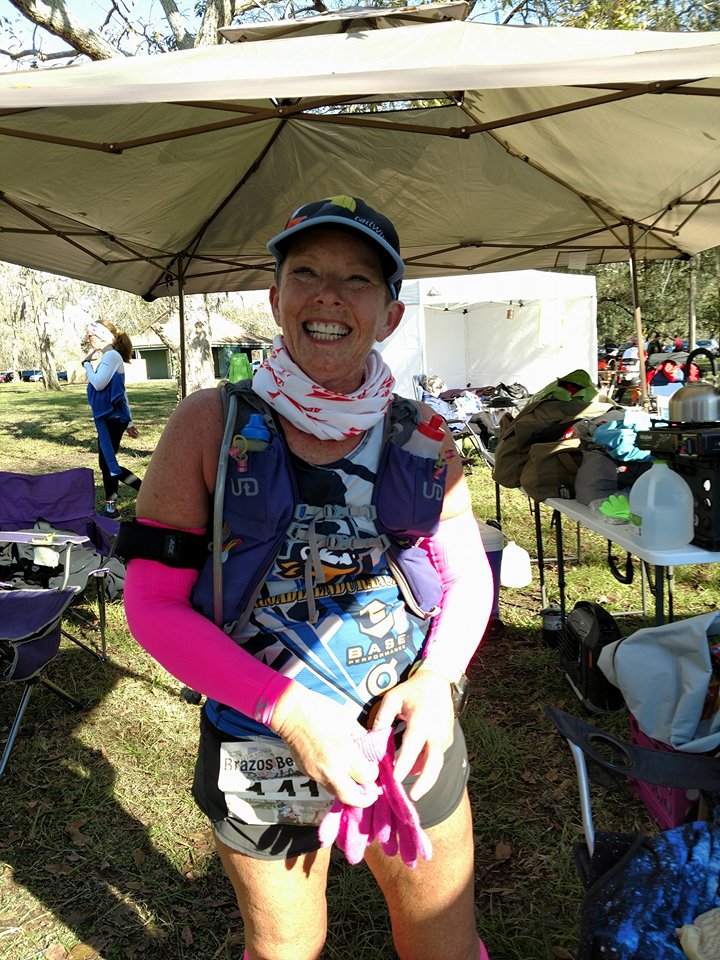 Back to the eyes.  My eye doc had given me these eye drops to use during the race.  What had happened to me at Rocky Raccoon was something called, Corneal Edema.  From the reading we had done, it was suggested that the drops would help keep that from happening.

Before the race started, I had put drops into both eyes. Better safe than sorry!

About a mile into my second loop, I noticed the vision in my right eye starting to get fuzzy.  Oh-oh!  I immediately grabbed my drop and put drops into both eyes again.

On that second loop, I put drops in both eye 4 times.

By the end of the second loop, my right eye was like trying to see through a foggy bathroom mirror and my left eye was quickly catching up with my right.

I was told to stop at the med tent for evaluation.  It was at this point the medical people pulled the plug on my run.  I was medically DNF’d.  *They have medical personnel at these events to keep people like myself from going out and doing something less than brilliant.  LOL!!!*

To say I was a sad panda would be a huge understatement!

I was running strong.  My legs weren’t tired.  I felt like I could have run for hours!!!

You know, sometimes we want things with all our hearts but God has other plans. That being said, I’m going to get back on that horse and try again!!!

This coming Monday I have an eye appointment with an Ophthalmologist and we’re going to do some more detective work.  I have a 50 mile race on January 13.  I’d really like to have this resolved before then!  Fingers crossed, right?

Now, back to the fun stuff of the race!

It was a joy to meet up with so many amazing runners at Brazos!  There were lots of  people there that I’ve chatted with online and finally got to meet IRL!  I loved it!

First off was this amazing running buddy of the race.  He was a cutie! 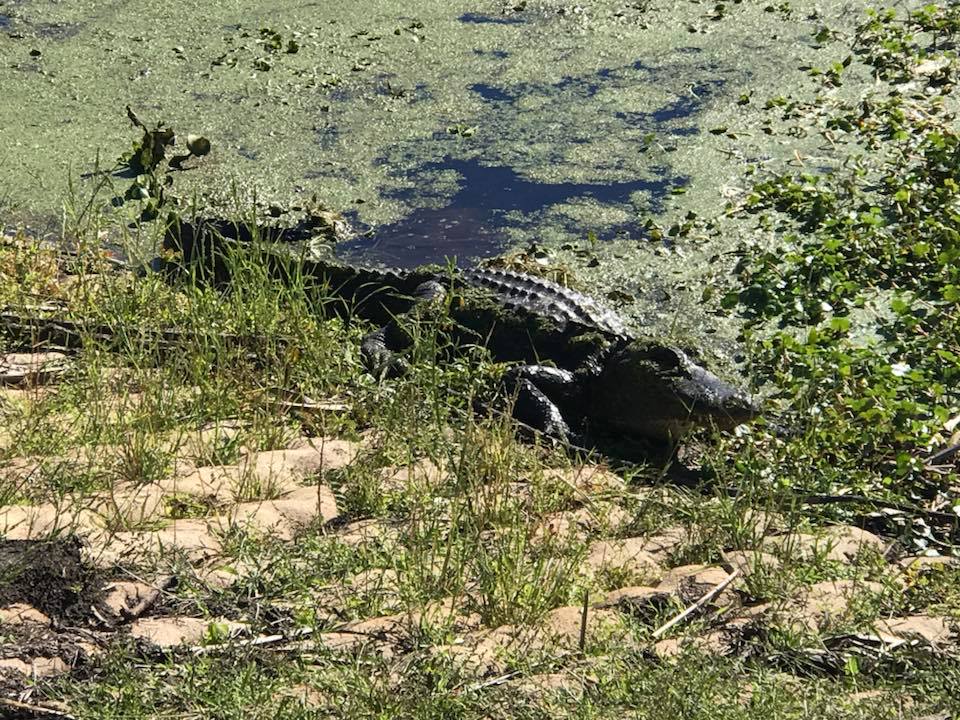 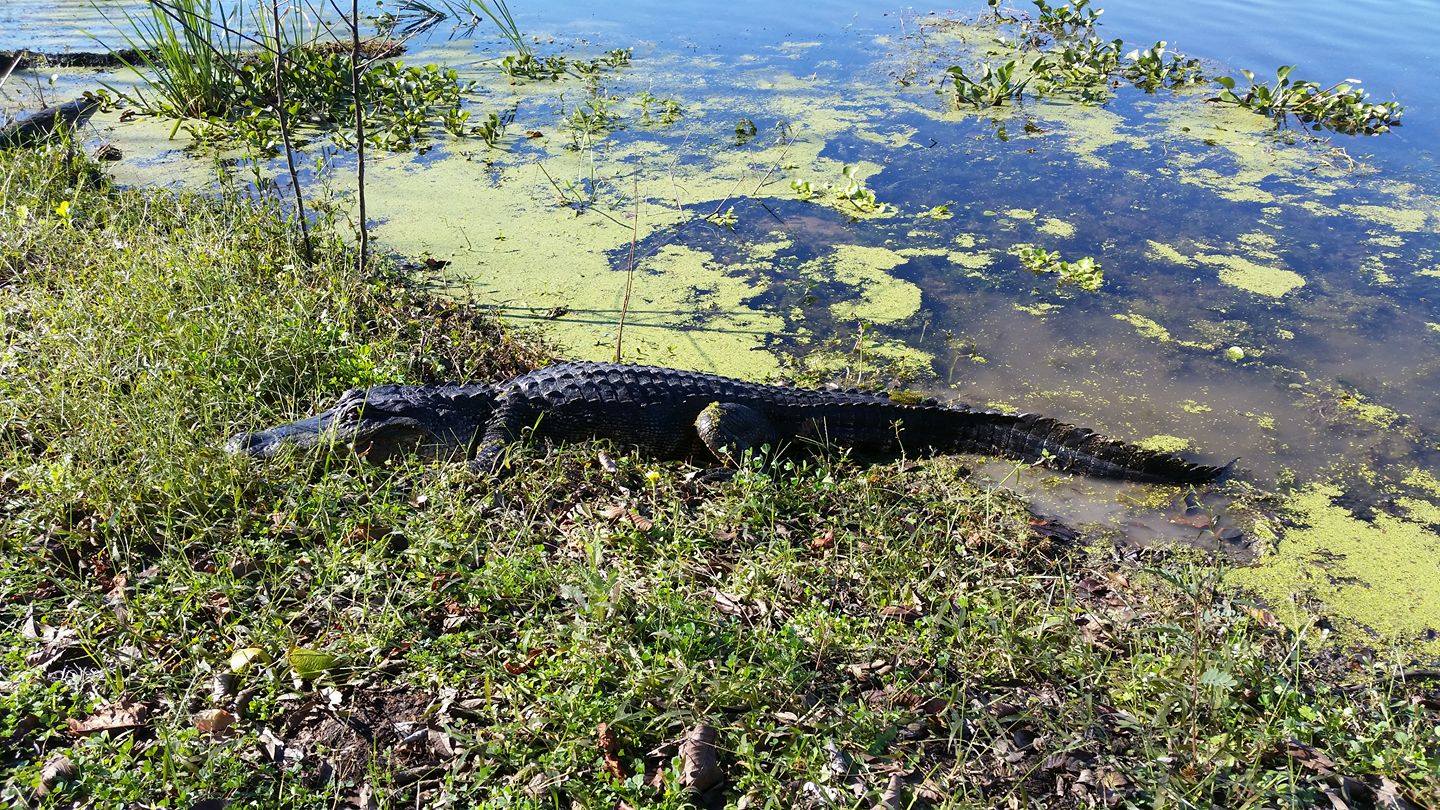 What a handsome guy, right?

This guy and I are friends on multiple running pages!  It was great to meet him on the trails! 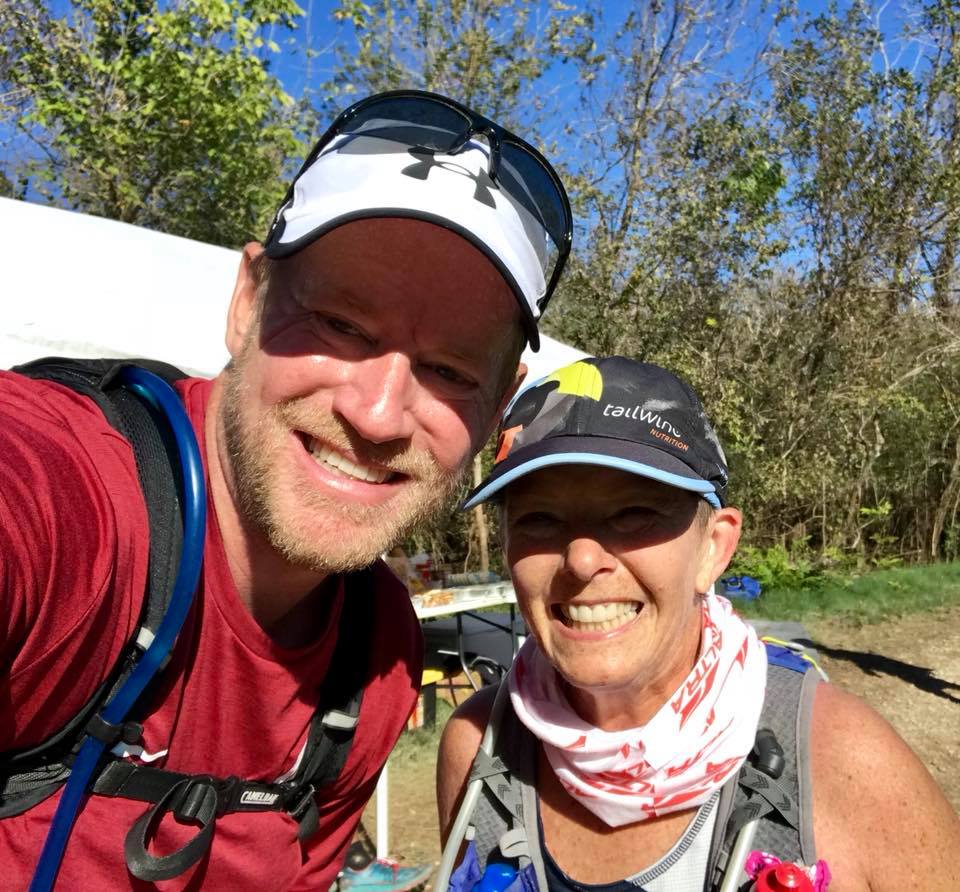 Meeting this sweet lady on the trails~that was the best!  Who’d of thought we’d actually meet on the trails, Pamela? 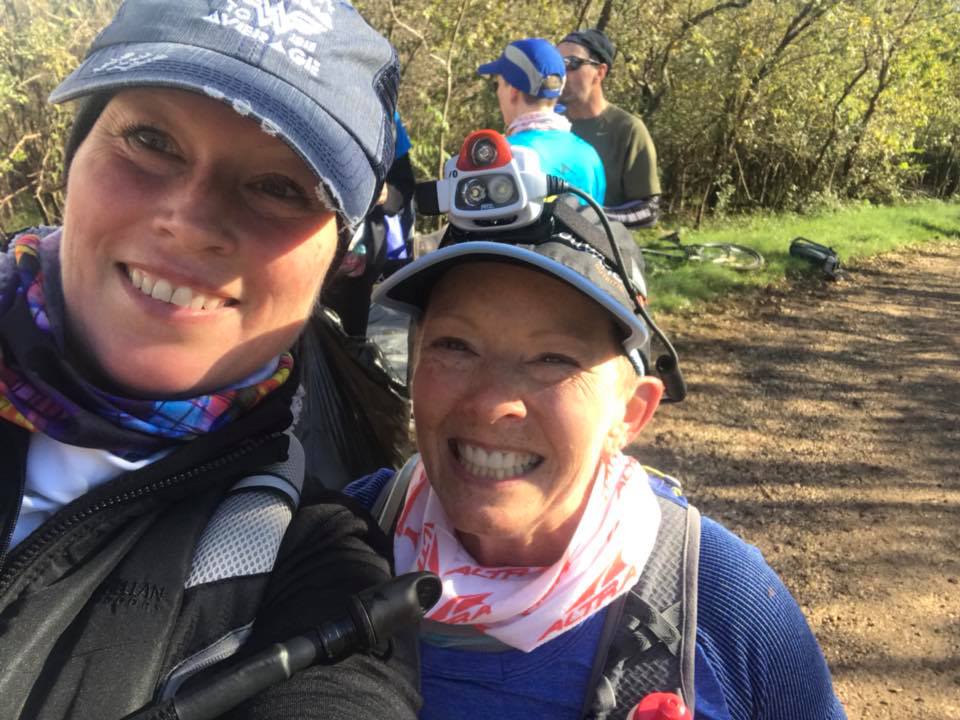 After the race I was able to meet fellow Tailwind Trailblazer, John and grab a pic with him.  Nicest guy in the world!!! 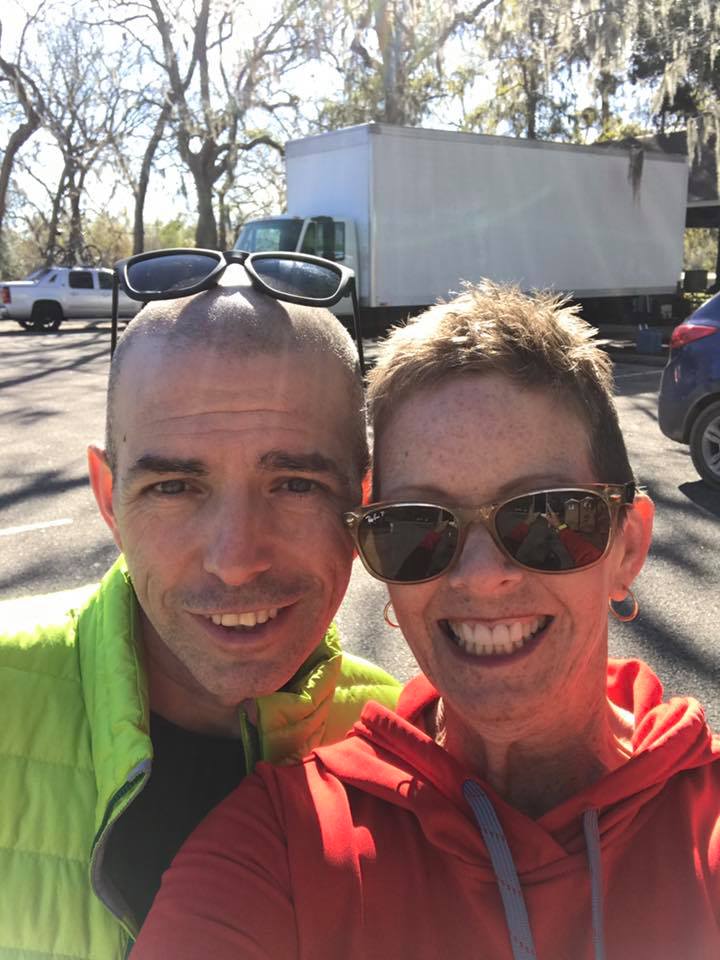 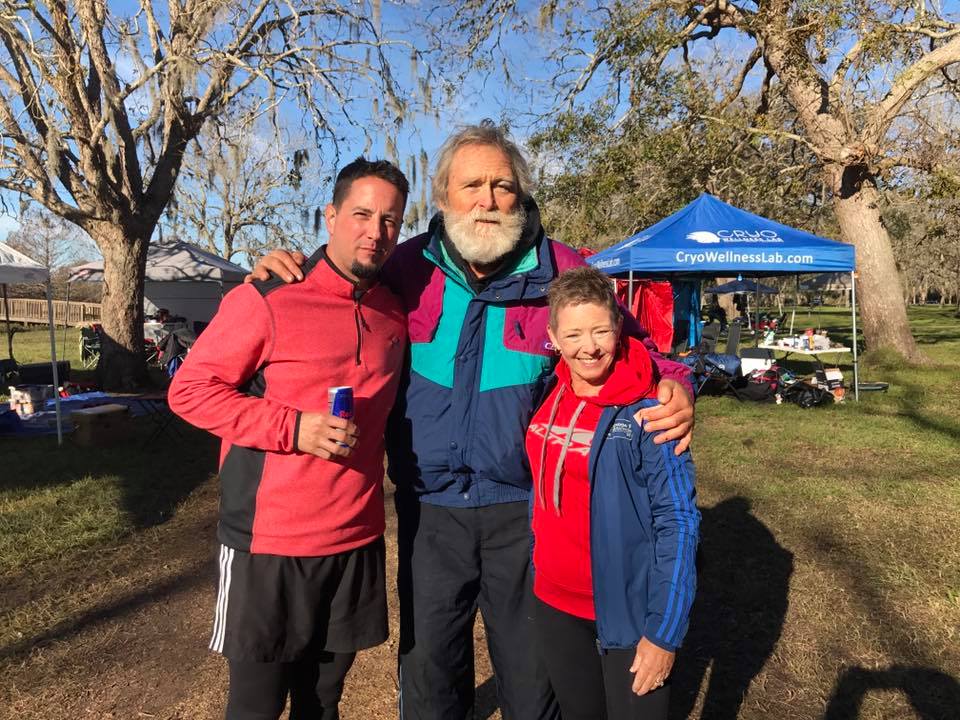 The guy on the left is the person I saw running this race last year pulling a tire.  I thought he was nuts!  He also inspired me into running with my tire, Devil.   This is the blog about all of that:  http://w0ep.us/TM/?p=4819

The guy in the middle is a LEGEND.  Seriously!!!  I’m still pinching myself that I got to meet Gordie!  It was terrific chatting to both of you guys.  You’re both amazing!!!

A huge shout out to these two women who were there ready and waiting to pace me across the finish line!  I can’t thank you enough, Nicole and Jennifer!!! 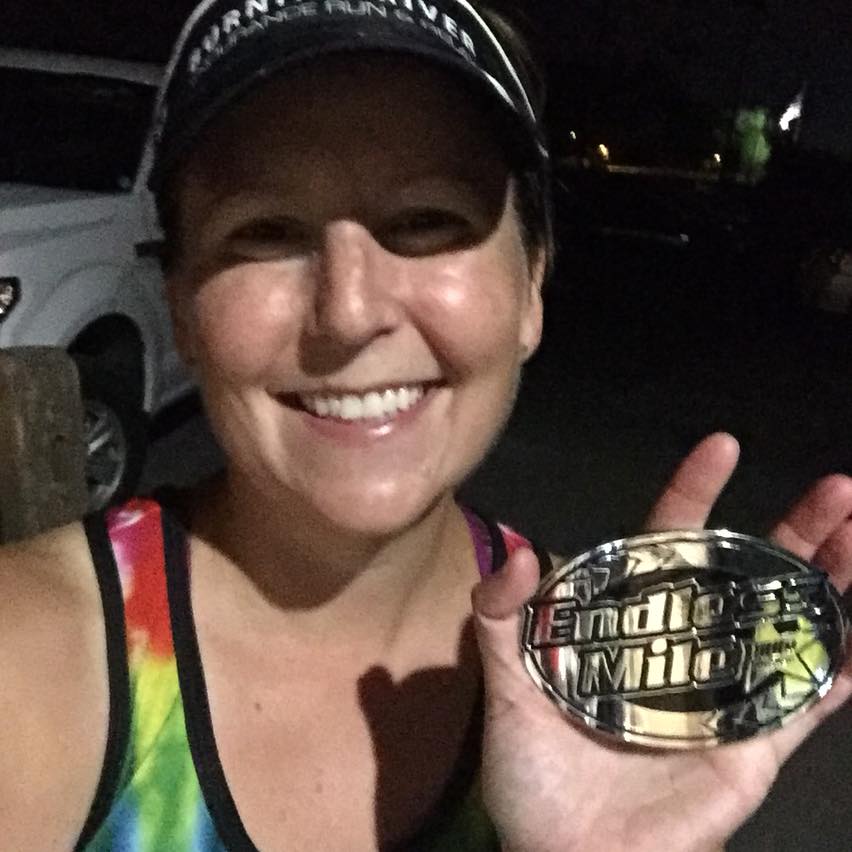 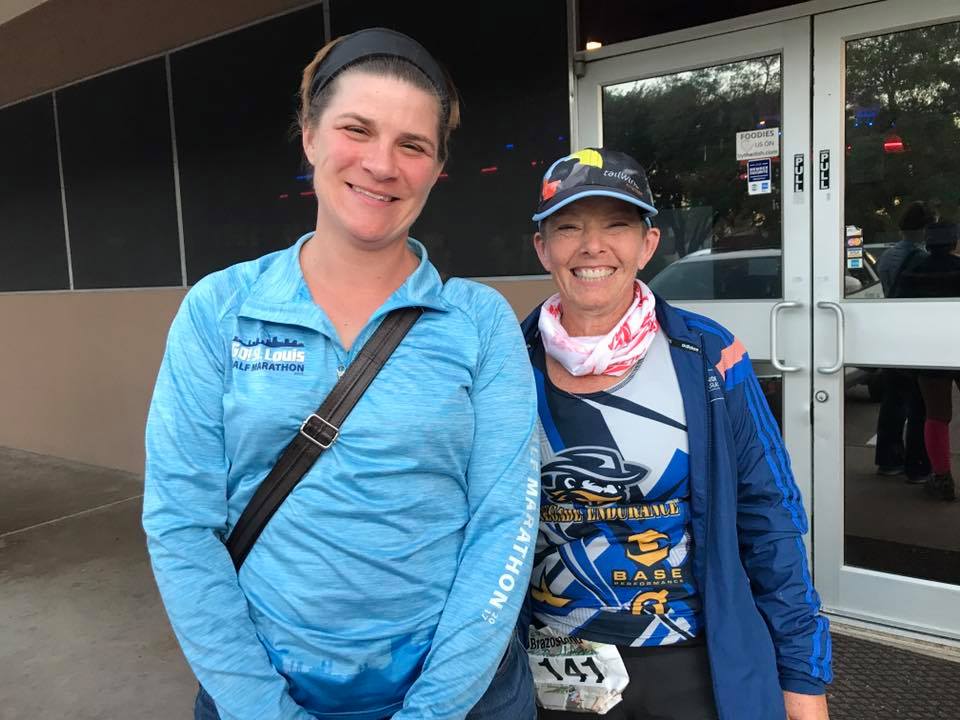 It you’re ever down around the Houston, Texas, area, I very highly recommend a stop at Brazos Bend State Park.  It is beautiful!!!  I’ll just leave you here with a few more pics of the park and the race. 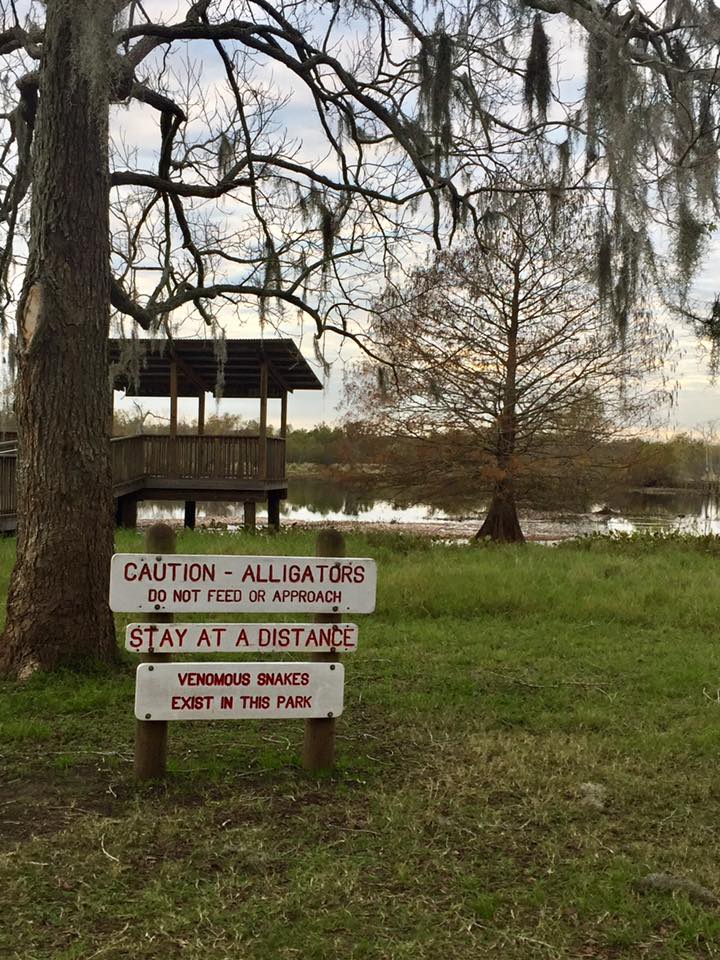 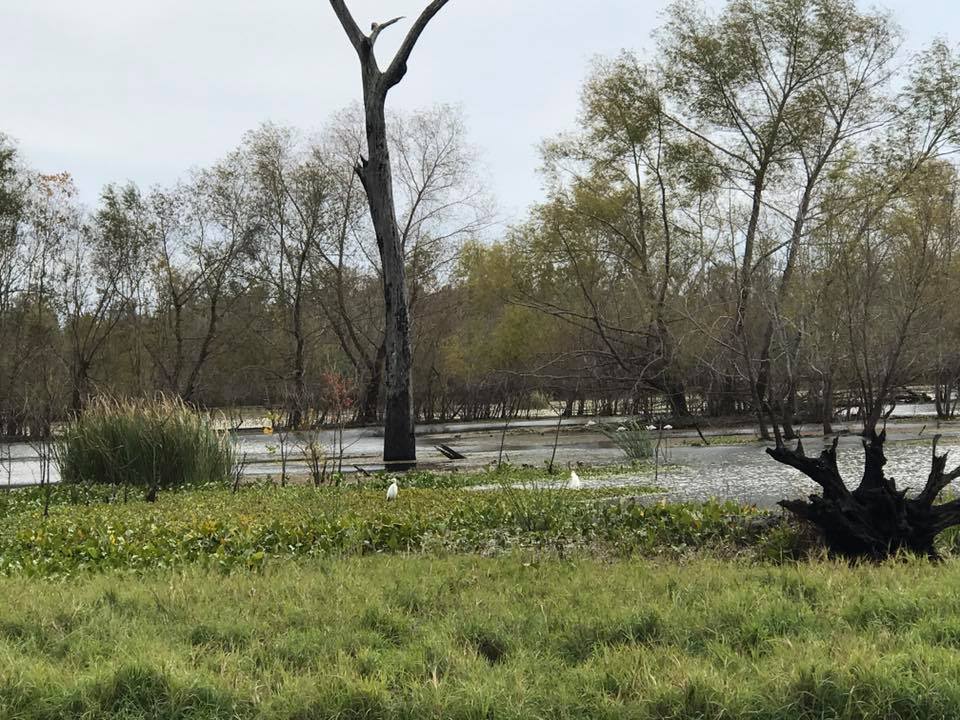 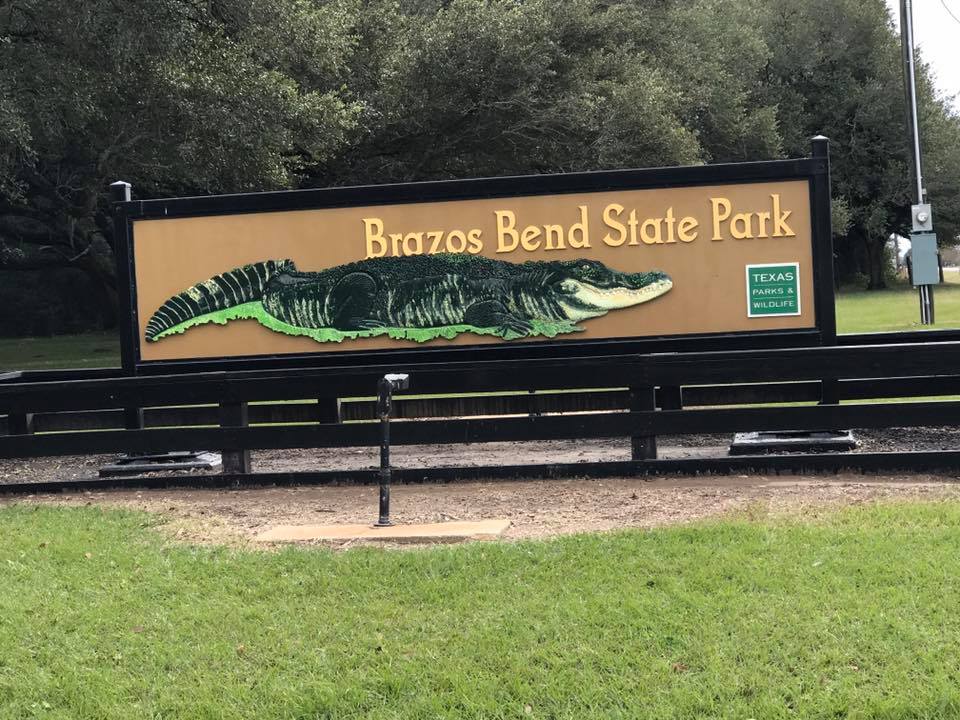 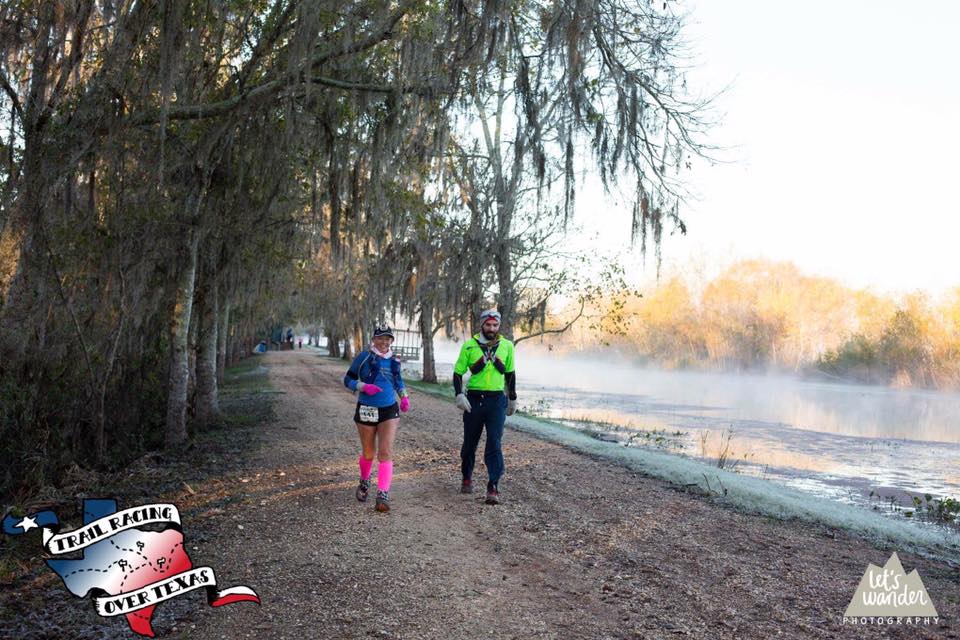 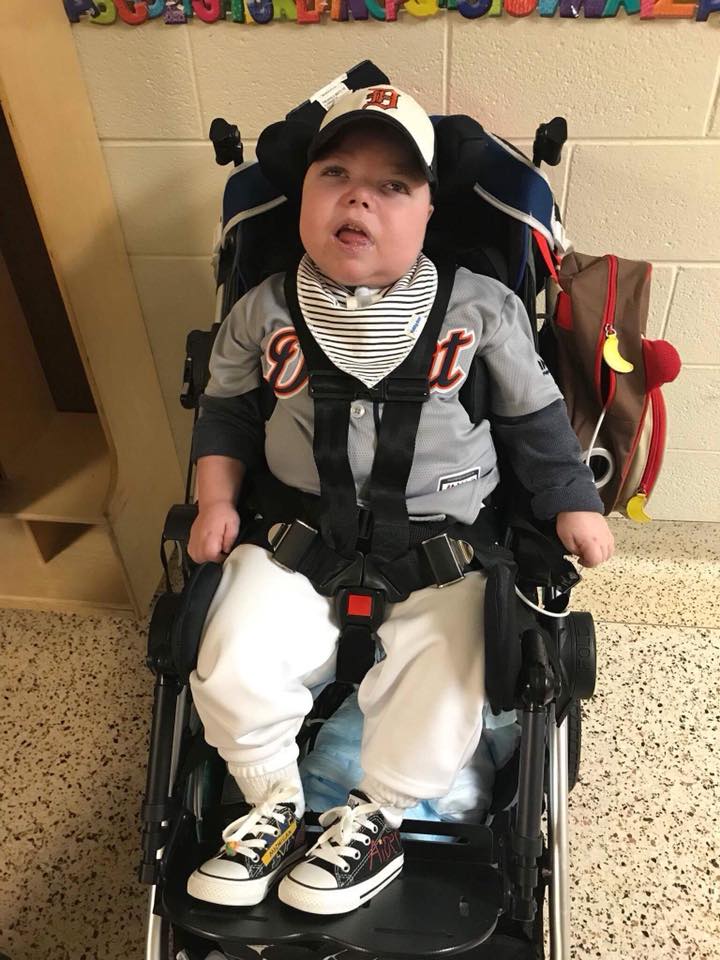