I thought today we’d to a synopsis of last year’s running and look at our goals/races  for the new year!

As I mentioned in a different blog post, my goals are based around races, not resolutions.  So let’s review the different races from last year.

We kicked off 2017 with the Mississippi Blues Marathon.  If you can remember back to that race, it was iced out!  Jackson, Mississippi, has never had an ice storm like that and I sincerely hope they never do again!  That was a terrible storm. 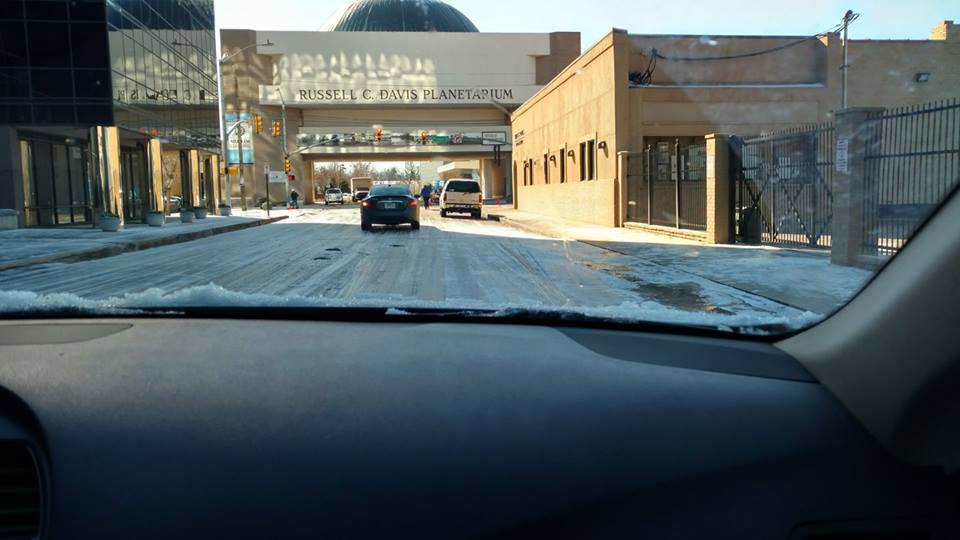 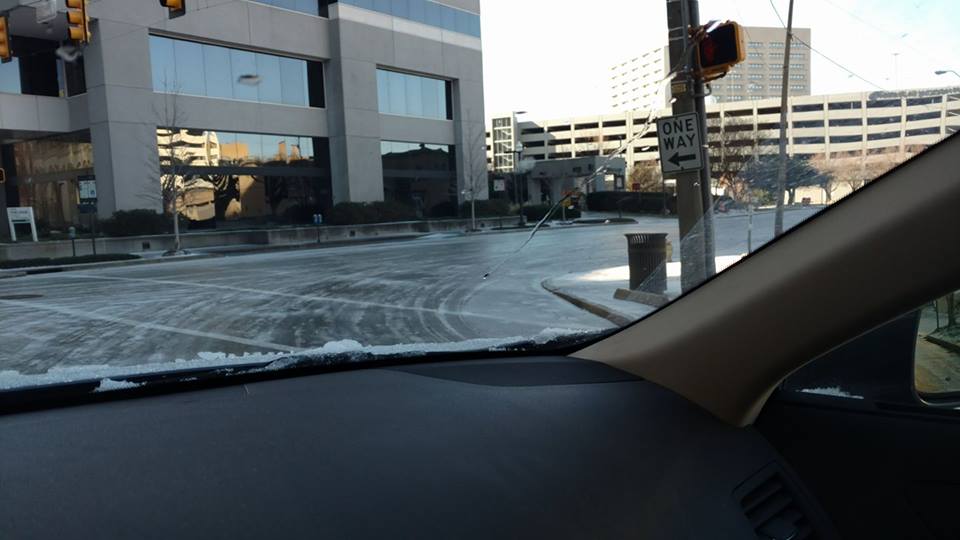 After getting home from the storm, I ran the Blues as a virtual race.  It technically was a training run for my February 100 mile race.

MFH and I made the trip to Texas in February for the Rocky Raccoon 100.

This was to be the first time I experienced losing my eye sight while running on the trails.  I was a very sad panda about how that race turned out.  While I was running, I was having a great time!!! 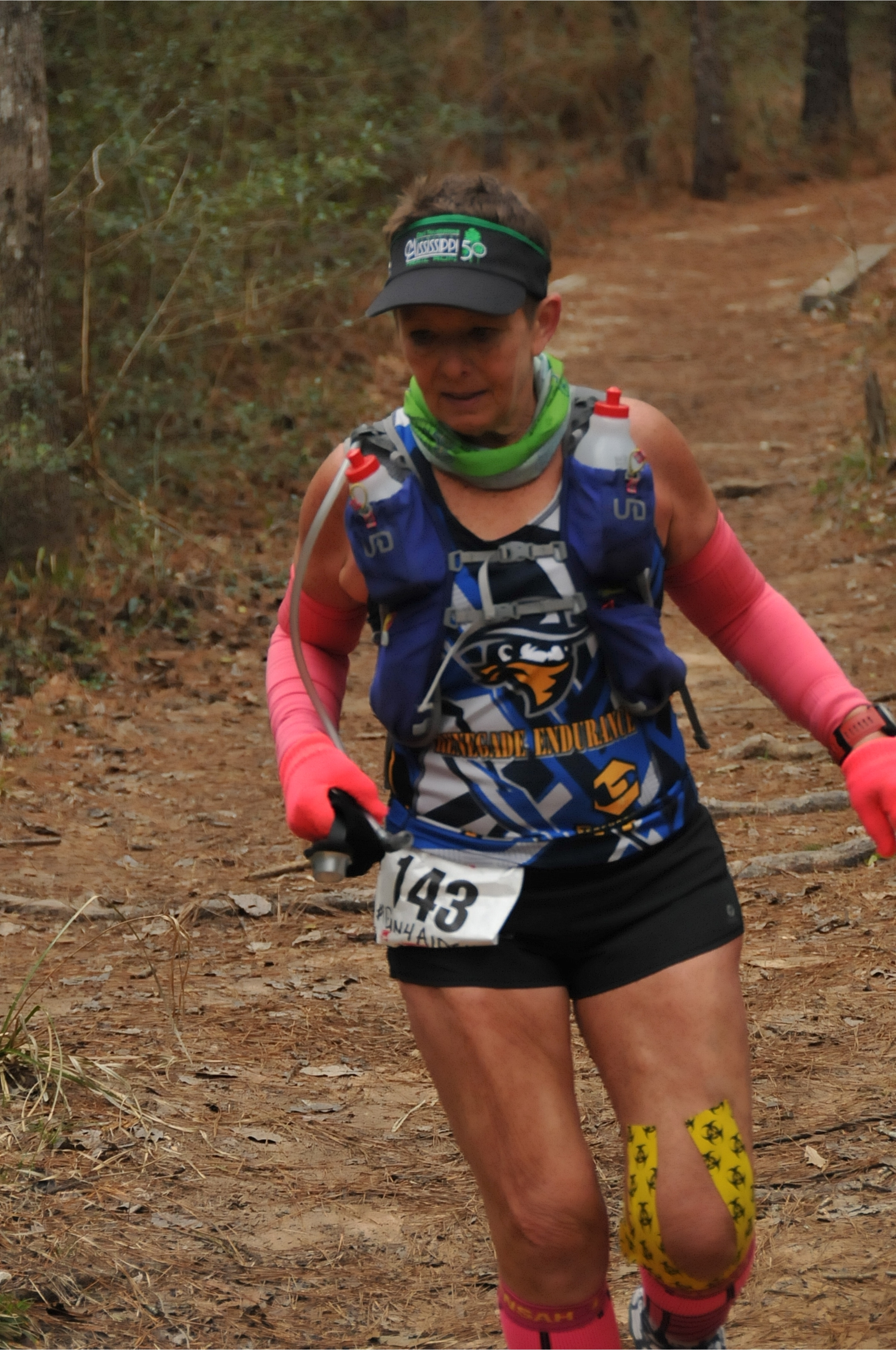 After Rocky Raccoon, I had a little time to recover before the London Marathon in April.  It was a huge thrill to run in London!!!  I’ll never forget coming around a bend and all of a sudden seeing Big Ben!  I remember thinking to myself, “How did I not  see this before!?!  It’s HUGE!!!” 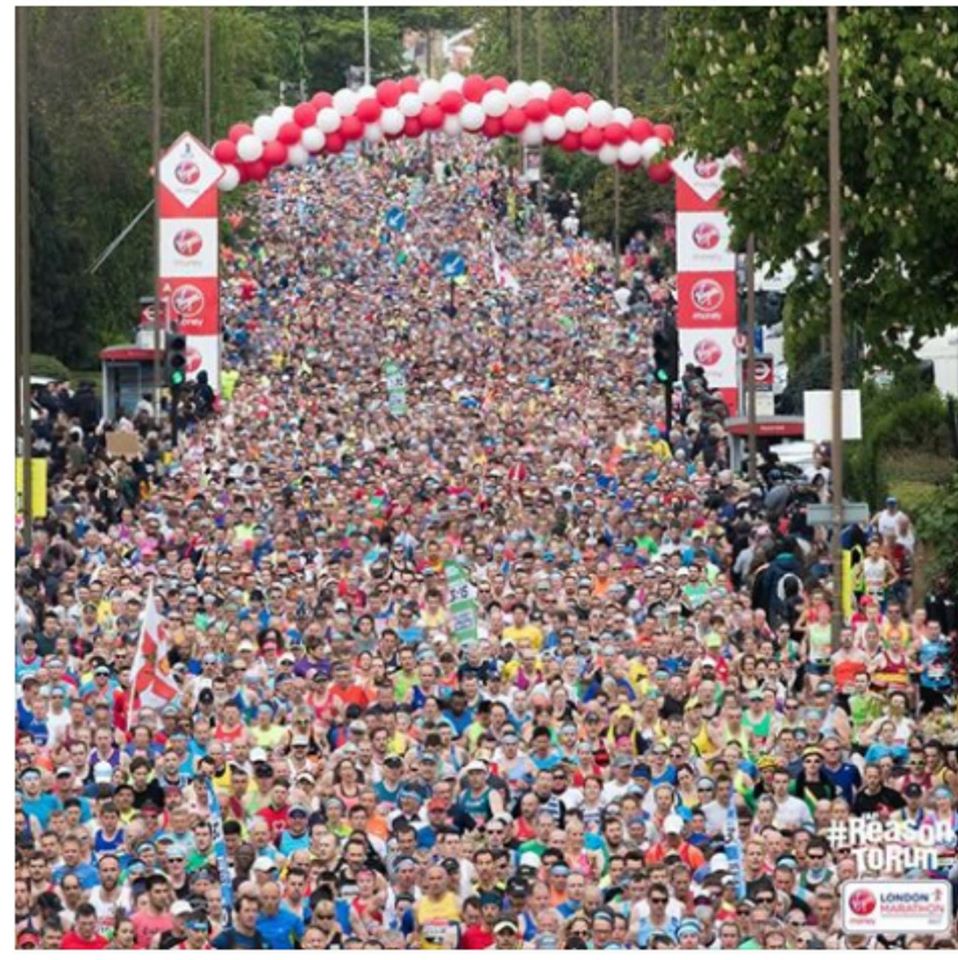 Above is a pic of the corrals before the start of the race.  There were a LOT of people there!

Running past Buckingham Palace at the very end of the race is a definite, “Pinch me, I’m dreaming” moment! 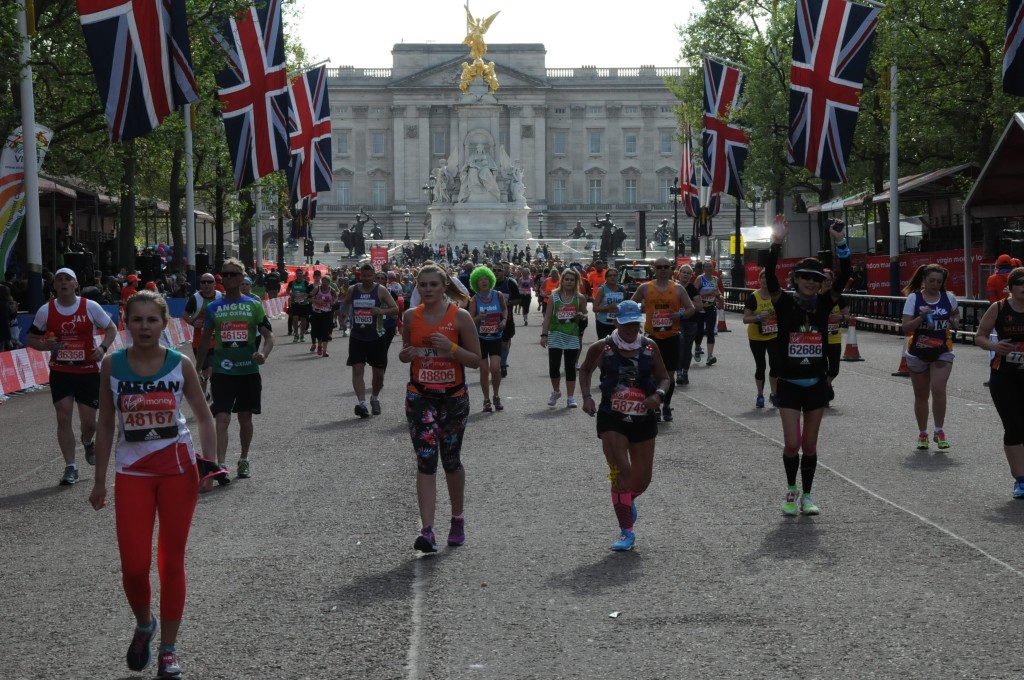 Right after London was the Coke10k.  This race is always the first weekend in May.  That was such a great day!!!  This is my favorite 10k in Mississippi. My sister and I run this event together every year.

It was perfect weather for race day!  My sister and I ran the race and afterwards I was presented with an award called the Gold Standard Bearer.  It was a huge honor!!! 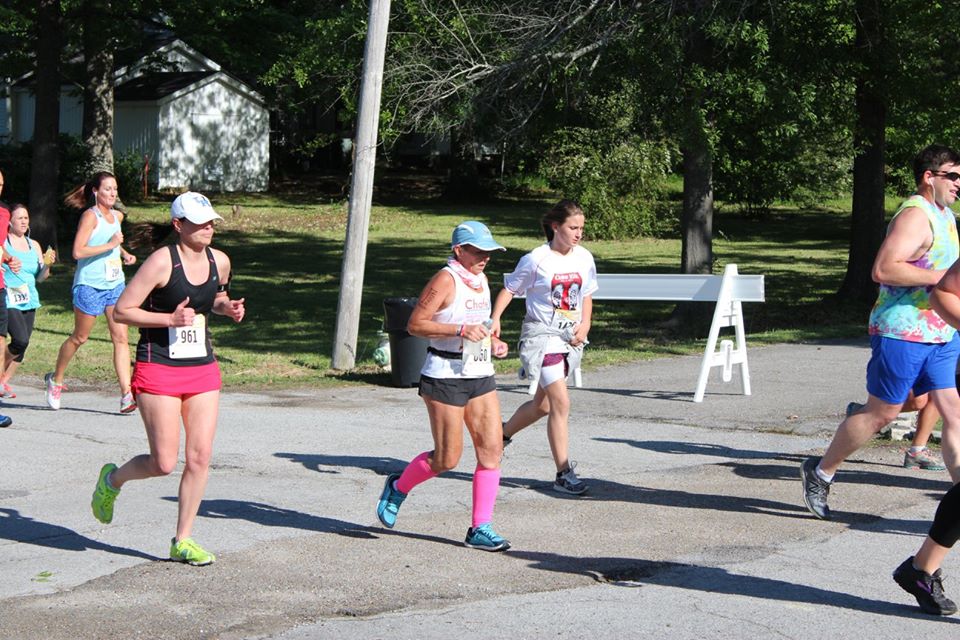 I still, to this day, don’t know who nominated me for this award,  Whoever you are, Thank You!!! 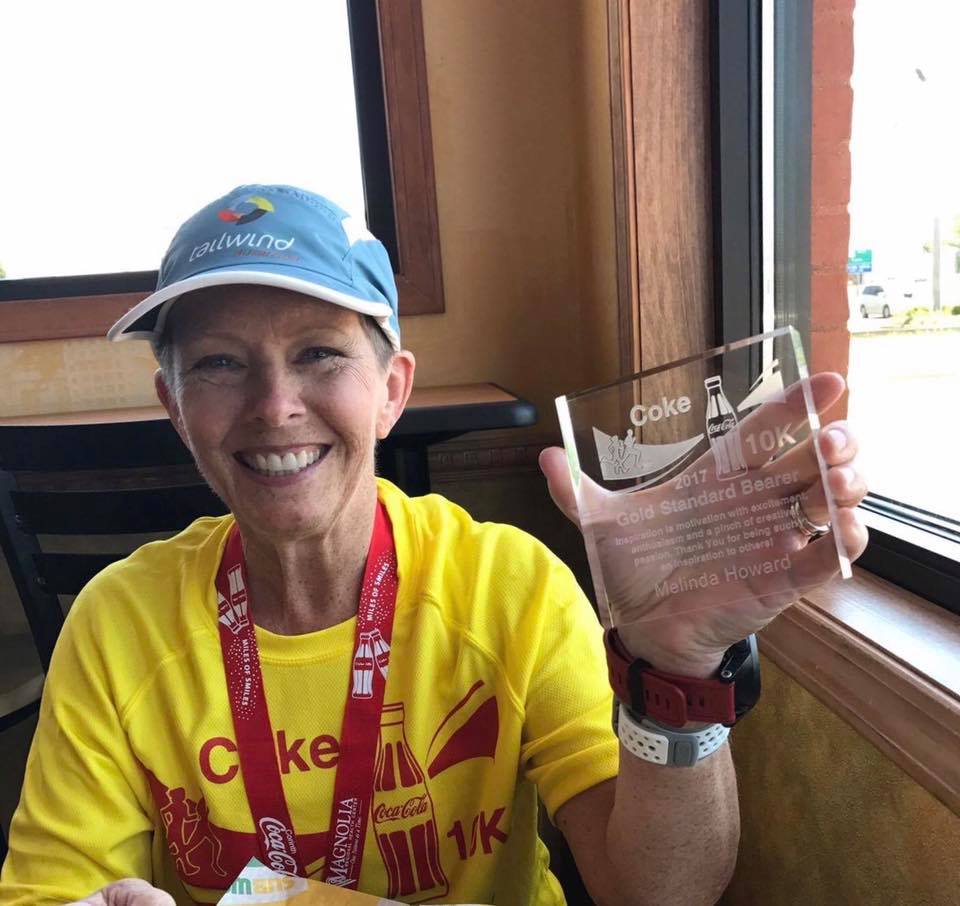 July found me in Atlanta for the Peachtree 10k.  This is the largest footrace in the world.  60,000 runners in Atlanta!  That’s the complete population of my town~doubled!

Believe it or not, there wasn’t one pic of me in all the race pics running Peachtree!  How crazy is that!?!  However, before the race I got, what to this day, is my favorite pic from a race~ever!!! 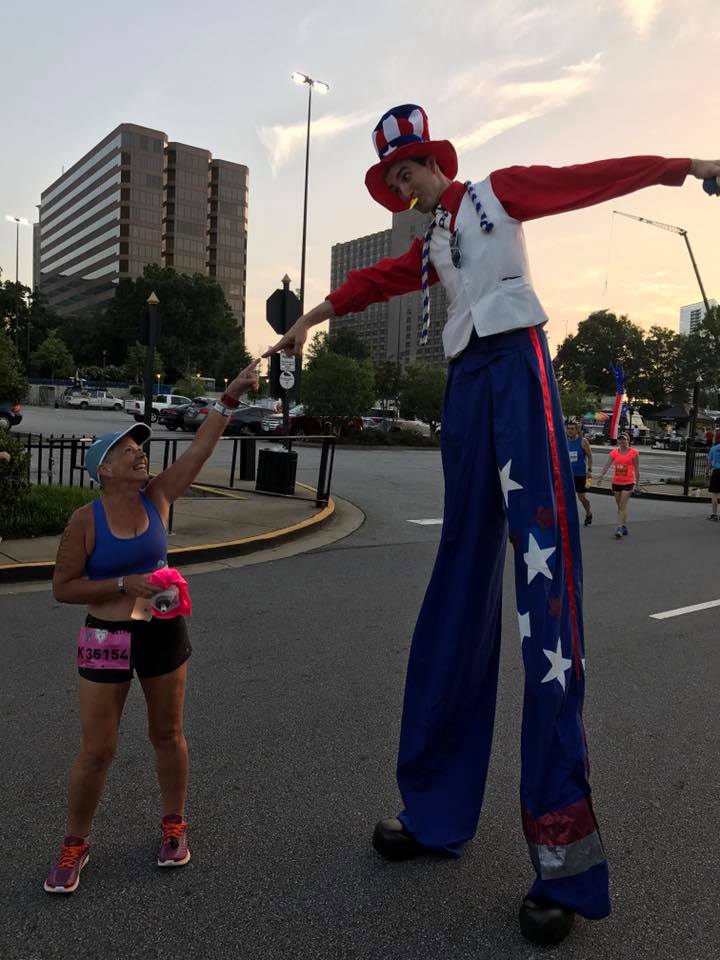 This guy didn’t say a word.  He just hummed through his kazoo.  Hilarious!

About the time of Peachtree, I began training for my second 100 mile race of the year.  Brazos Bend 100.  I was super excited to be heading back to Brazos!  I had run the 50 miler the year before and knew I could run the 100.  There wasn’t any doubt in my mind at all.  So, training kicked into gear for Brazos.

In October, the Chicago Marathon came around.  I had been accepted through the lottery to run this.  I had run it previously in 2014.  I was looking forward to being in the Windy City again!

MFH and I had lived in Chicago a L.O.N.G. time ago.  Both of our kids were born there so it’s our old stomping grounds.

Chicago was a training run for Brazos and I had a blast!!!  I know a lot of people were unhappy about the weather that day.  I heard lots of complaints about the heat.

Bear in mind, this kid is up running her long runs at 1:00am during the summer to beat the Mississippi heat/humidity.  The mid 70’s temps and low humidity were the best running weather I’d had in months!  I was loving it!!!

Finally, it was December and time for MFH and I to head back to Texas for try #2 at the 100 mile distance.

I was feeling great!  Running strong!  My eyes just didn’t want to run again and I was medically DNF’d.  This made me a very sad panda again because I knew I had this!

Since that race, I’ve switched eye doctors and we’re trying something different.  I’ve changed eye drops and purchased some goggles for running.  The theory is that between the drops and protecting my eyes, this *hopefully* will not happen again!

This brings us up to date on racing.

In two weeks, January 13, I will be hitting the trails in Florida for the Bear Bait 50M.  I’ve been practicing with my googles.  Just this morning (on this VERY cold New Year Day morning) MFH (My Favorite Husband) and I ran a fun 5.50 miler.

After Bear Bait, I have the Phoenix Marathon on February 24.  This race is 4 days after my Birthday so it’s my Birthday Present race!  How much fun is that!?!

The very next weekend, I’ll be running the MS50 Trail Run in Laurel, Mississippi.  This is such a fun race! I’ve run there twice and volunteered there last year.  This year I’ll be back for the 50k distance.

I have a little break until May when the Coke 10k rolls around again and then a BIG break!

This “break” is going to be pretty intense because I’ll be preparing for the Barkley Fall Classic.  This race is a beast!  I have to be on my “A” game for this one.

12,000ft elevation gain/loss in a “50k” is no joke.  Seeing as I live on the Prairie of Mississippi, my tire and I will be doing many miles together this summer!!! 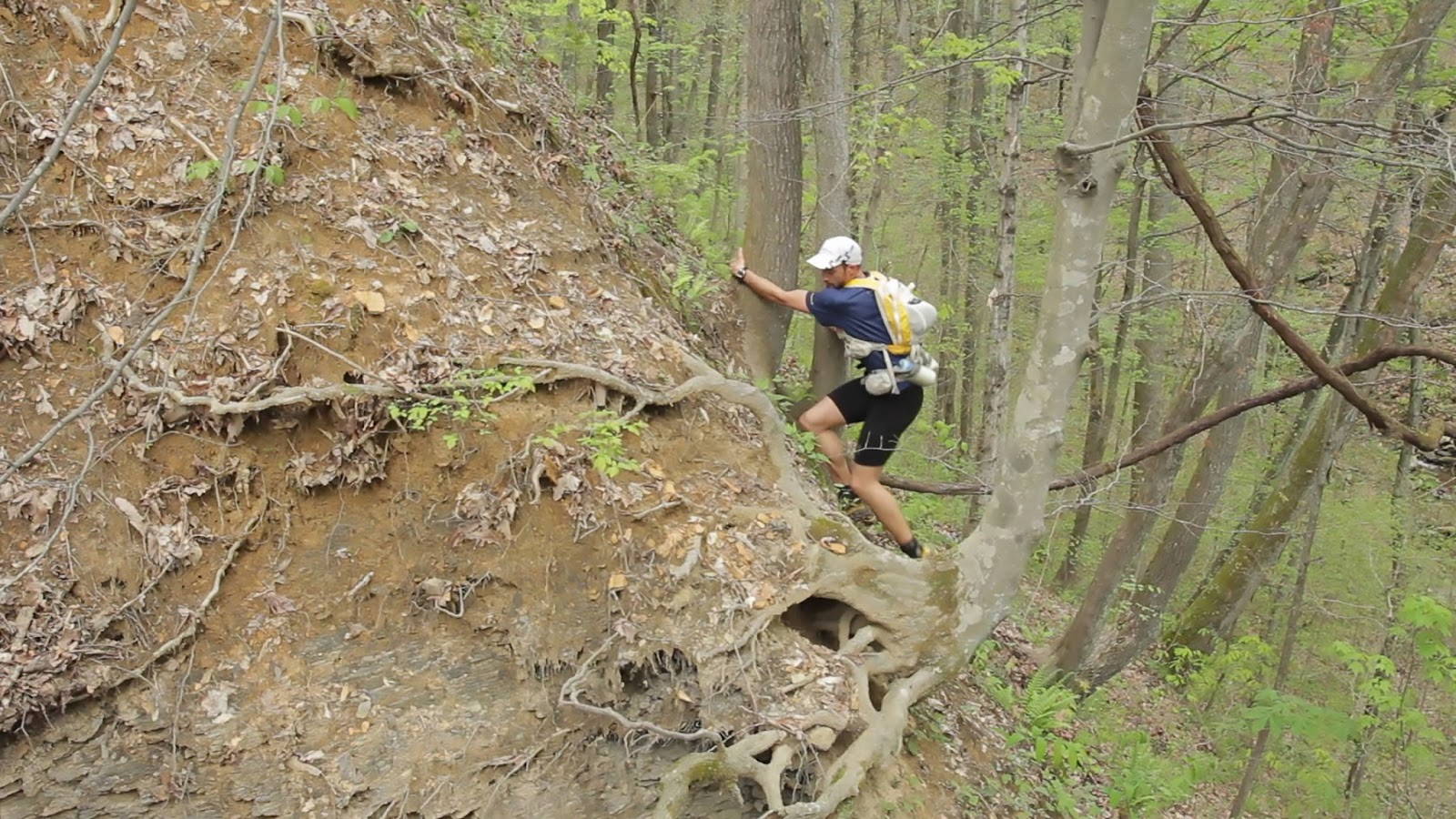 As tradition dictates, I’ll be putting my name in the hat for the 5th time for the NYC Marathon.  I’ve tried so many times for this race it’s just a routine for me to try.  LOL!!!  They can’t say, “No” forever, right?  Fingers crossed…again!

I have a friend who is trying to talk me into another 100 if I don’t get into NYC.  We’ll just have to wait and see how all of this plays out.

So, I’ve told you my goals in races.  I haven’t mentioned a mileage goal and that’s because I don’t have one!

I know.  I know.  Practically every runner on the planet has a mileage goal but this year I don’t.  I didn’t last year either!

The two years before I had set some pretty big mileage goals and was under a lot of pressure to grind out the miles.  Last year I decided to focus on the races and head to the starting line well prepared.  It was liberating!  The pressure was gone!!!

I liked that a lot so I’m doing it again. 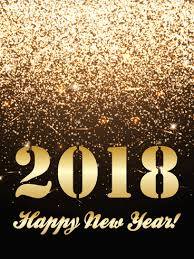 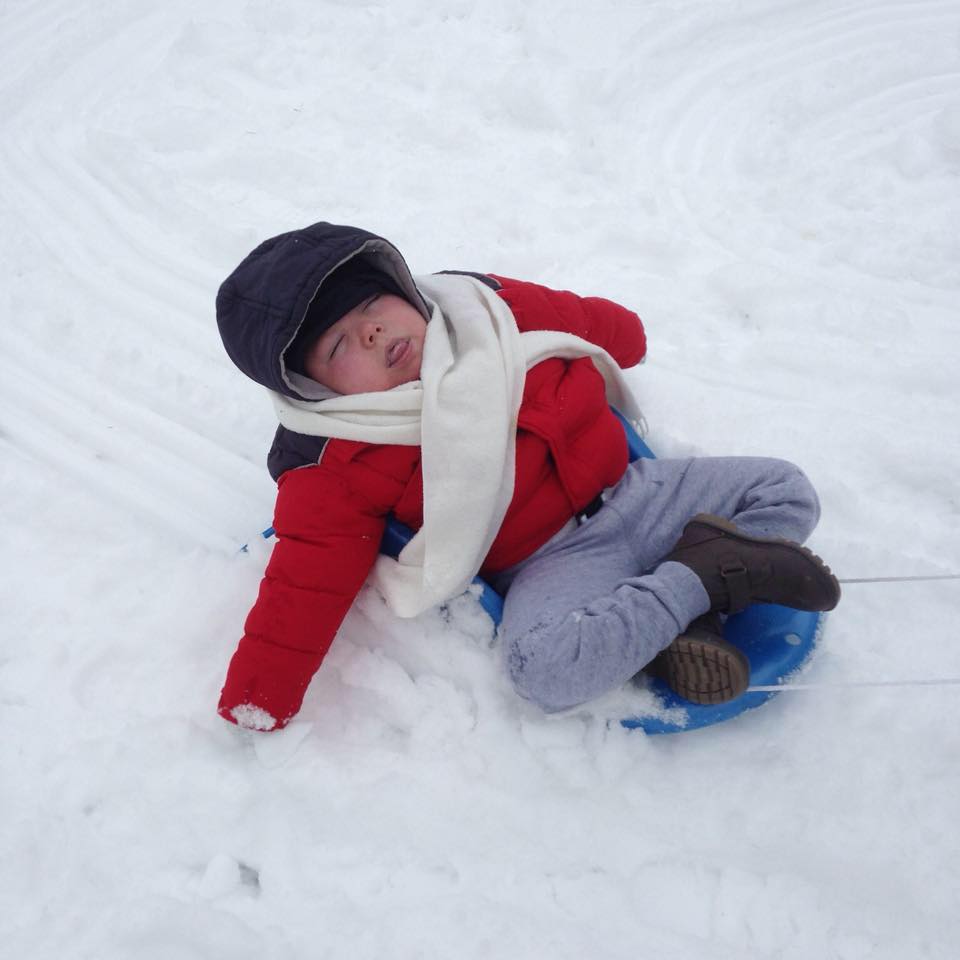