Most of you know MFH (My Favorite Husband) and I were registered and planning to run the MS50 Trail Run.  The event was held a week ago and neither one of us ran!  This was a huge change in our March plans.  We were both looking forward to visiting home, running some fun miles in the woods in Mississippi and meeting up with friends.

Training was going well! I had been back to running post my fall surgery last year for about a month and MFH had been training strong for his 20k distance.

You know how life does its little thing and changes everything all kittywompus?

Y’all know I broke my foot and that was the end of my 50k plans for March.  After I had to give up my spot for the 50k, I was super proud of MFH for keeping up his training!  He was crushing his long runs!!!  I knew he would totally smash his race.

His new job?  It’s not amazingly generous with vacation time.  We discovered come race day he’d have a whopping 11.5 hours vacation time to last him to summer.  Between emergencies and our new grandbaby, we talked and made the difficult decision that those hours needed to be saved.  He decided not to run.

We were both sad about this but knew it was the right thing to do.  Then we we thought, maybe I should fly down to volunteer!  Awesome idea, right!?!  Long story short:  With the help/generosity of some of my amazing Mississippi friends with transportation around the state, the trip south to volunteer at the race became a reality.  YAY!

This sweet friend and beautiful lady picked me up from the airport late Thursday from the airport. It was so awesome to catch up with her over dinner before having her drop me off at the hotel!  You know with some friends, when you see them again you can just pick up where you left off?  She’s one of those.  Some friendships are just that great! 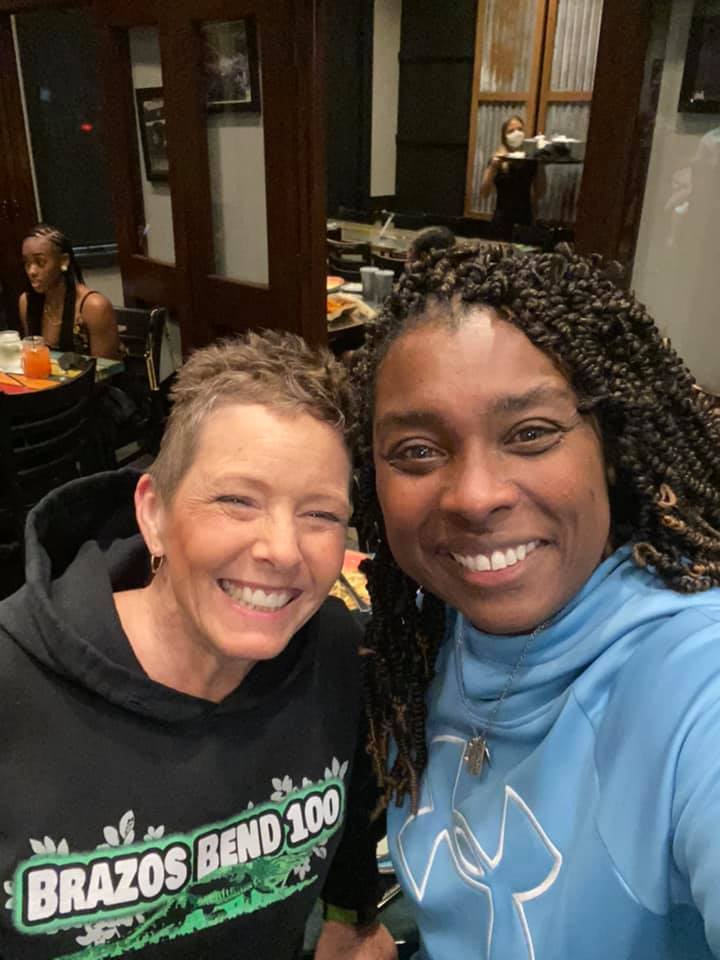 Friday, another very generous friend took a day off work so we could make it down to Laurel in time for our group dinner that evening.  She also took her lunch hour on Monday to drive me back to the airport so I could catch my flight! 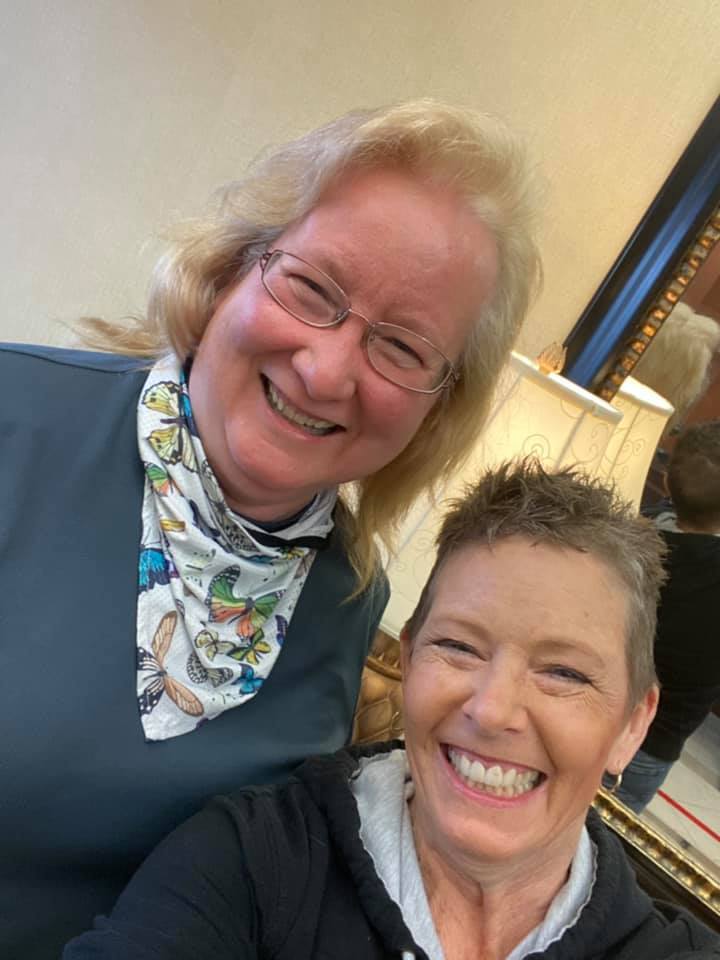 The pre race dinner Friday evening was at the local Buffalo Wild Wings.  The food was acceptable.  The service was very lacking!  I’ll just let you read whatever you want into that and you’d probably be right.

Everybody knows about my monthly plank challenges.  Those who have gone to a group dinner with me before know about the group plank challenge photo of the day.  We caught a few people off guard with our group planking pic but everybody was a good sport and it really was fun!  If definitely got the attention of the people eating dinner! 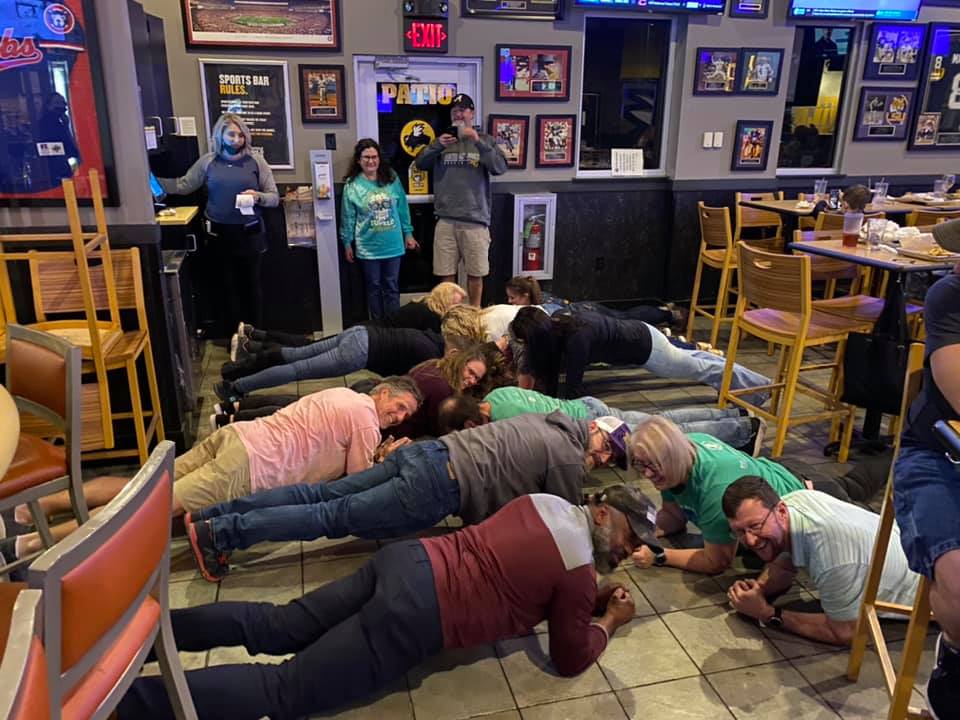 The next morning was a very early o’clock wake up call.  I think we needed to head to the trails by 4:15am.  Early o’clock!

We made it to the trailhead with a few minutes to spare and definitely in time to cheer for the 50M runners as they headed off into the woods as the sun rose.  It was a very pretty morning!!! 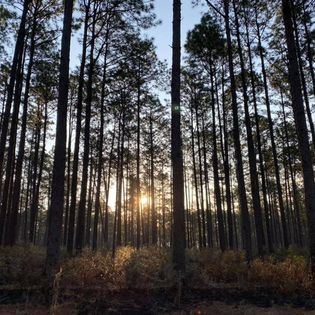 The trails were pretty dry this year so people were tearing it up!  It was fun getting them what they needed and sending them back for another loop. 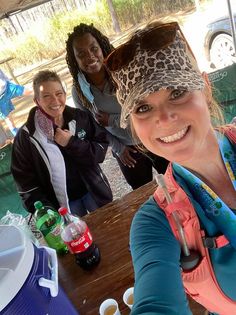 I had friends running all three distances!

I was assigned to work the first aid station close to the Start/Finish.  The first few hours I wasn’t busy and people blew by me at the start of the race.  A few hours later people were stopping by for some gummy bears or a glass of cola, maybe something salty…whatever they needed, I had it!  The longer the race went on, the busier the aid station became.  It was so much fun!!! 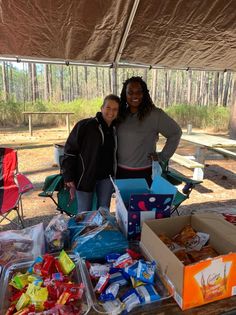 Seeing my friends smash new goals and new distances…seeing them running so hard for the finish and knowing they were thinking they couldn’t take another step and then the second they crossed the finish, all the agony on their faces melted away!!! I was so happy for them…so proud of them!!!  It was incredible!

Goals were smashed that day!

Here’s just a few goals that were smashed: 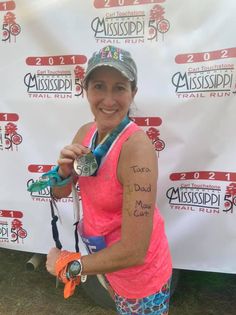 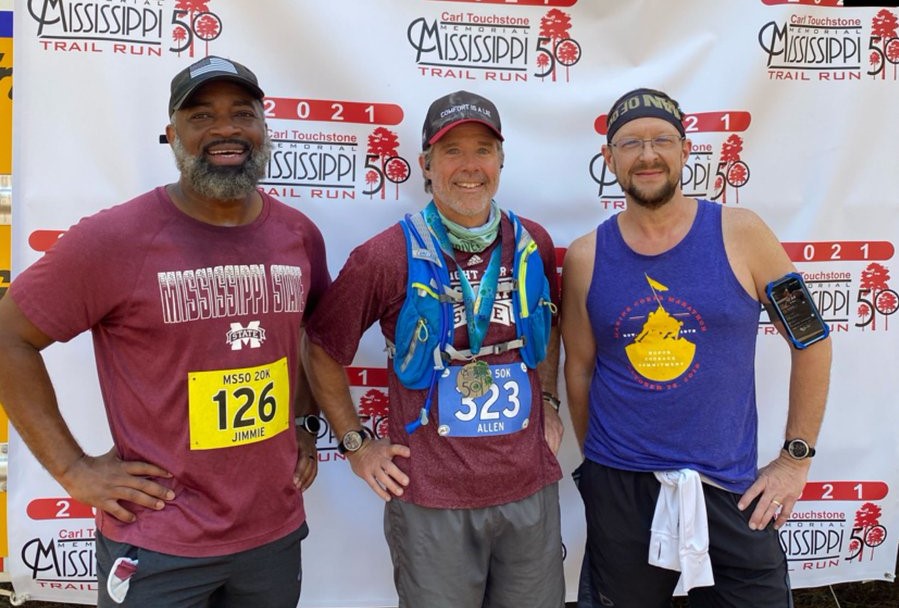 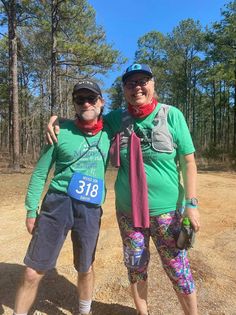 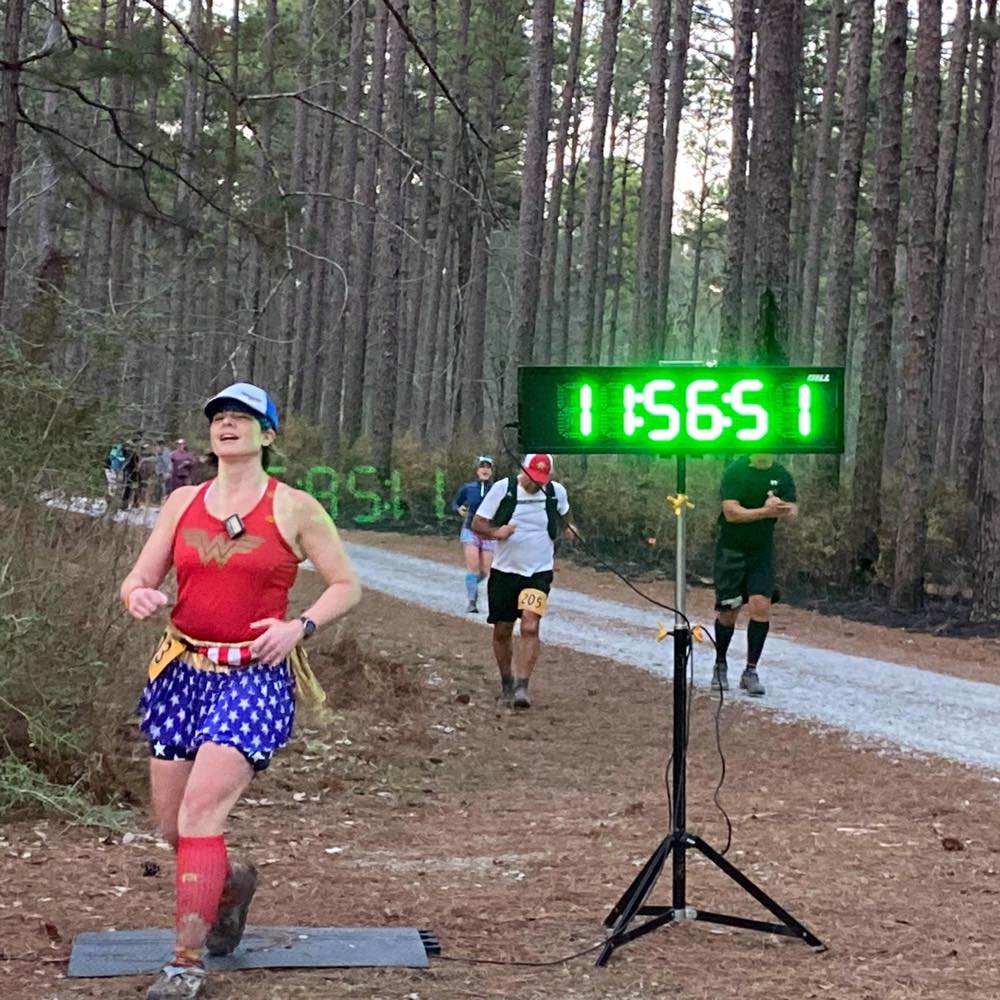 A trip that wouldn’t be complete without getting to go golf ball hunting the next day, the day before I few home. 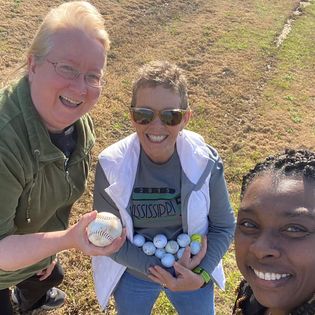 What a fabulous trip!!!  I can’t thank y’all enough for letting me come home! I flew back to Iowa with some wonderful and precious memories.  I was a sad panda to have to leave but I really missed MFH a whole bunch and it was time to go home. 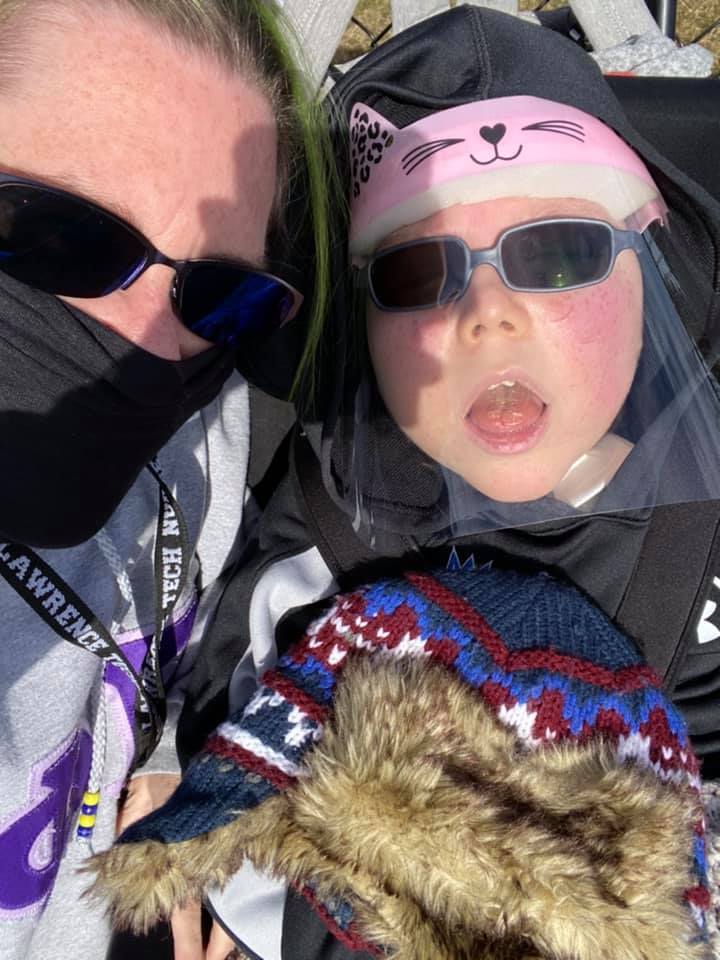