Columbus has a nice walking path called the Riverwalk.  It starts in a park and goes 2.2 miles to the West, ending on the banks of the Tombigbee river near highway US 82.

You don’t actually see much of the river.  It is kind of a wide sidewalk through the woods.  But they have done a nice job keeping the undergrowth trimmed and there are benches and trashcans and other amenities.

There were quite a few people on the walkway this morning.  Most were walking.  Some were running and there were a few on bikes.

I took a picture from the end of the walkway looking toward the east end of the US 82 bridge that crosses the Tombigbee. 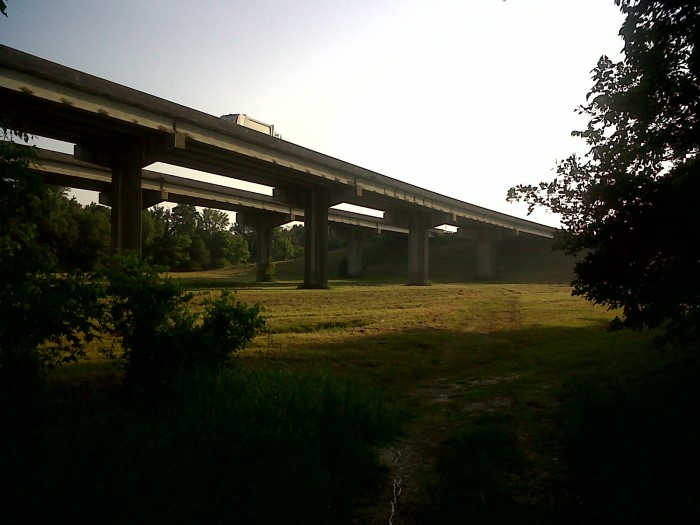