I don’t suppose this view of  the inside of a men’s room at a McDonald’s restaurant really means much to anyone.  But I found it interesting.  And it is my blog, so there you have it.

When I was in college I took courses in architectural history.  That was probably my favorite part of the architecture curriculum; way better than freehand drawing (amen!).  And one of the guys they talked about was a fellow named Ludwig Mies van der Rohe,  one of the pillars of the modernist movement of the mid-20th century.    I remember the instructor in that class making a point of how he focused on materials: raw expression of the structure of the building;  all the little pieces fit together to make a whole.

(You can’t see from this picture, but that one inch offset ran the whole wall.  And similar offsets  on all the other walls)

Mies van der Rohe would have had the tile contractor’s head on a platter.  (or so I imagine). 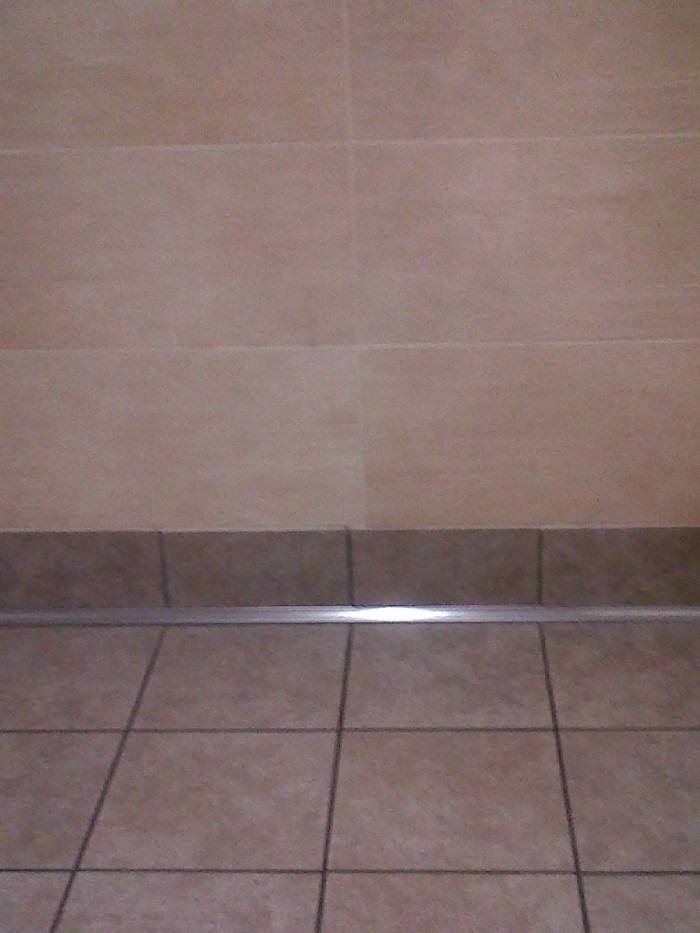 One reply on “Architectural details”

I do not like the metal strip. Collects dirt. Unless there is a smooth bead of caulk alongside – can’t see that. (As for the tile, they don’t line up – your point – and to my eye they do not go well together even if they did.)

Non sequitur: The MD’s where I worked in high school was demolished. I still have the uniform and wear it from time-to-time (at Halloween and the like). It is nearly 30 years old…