I bought this pickup truck in December 2009 at an auction.  It wasn’t a bad deal.

Then I put new tires on it.

Then I put front brakes, rotors and wheel bearings on it.

Then I put a new exhaust and muffler on it.

Then the engine went bad and I wrestled with it for awhile then had a guy put a new engine in it.

Somewhere along the line I bought a seat cover and a dash cover and some windshield wipers and door window moldings to keep the wind from whistling and the windows from rattling.

Most recently I put in a new brake master cylinder.

Besides the windshield leaking a bit and the vent/defrost lever not working quite right…  and the air conditioner being out,   I think it is in pretty good shape now.

It is rusty and doesn’t look like much.  And I don’t have a key to the door locks.  And it sometimes makes an ominous “clunk” in the transmission when downshifting.

But…. it is paid for.  And it has “antique vehicle” license plates  so I never have to buy license plates again.    Just put gas in it and keep the insurance up and I can drive. 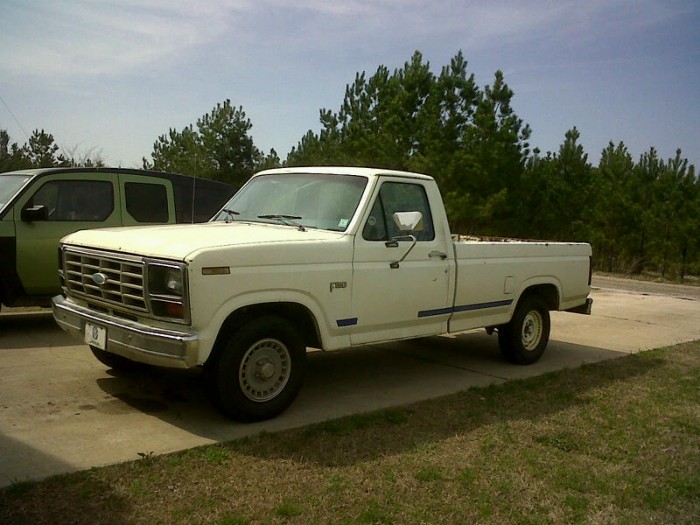 And I need to get that turn-signal-canceller thing replaced. That would really be nice.
And shocks, did I mention that it has all four new shocks?

It actually drives very nice.  I think of myself as Sam Walton going to work at the Walmart.  (Except that I’m poor because I spent my money on an old truck . )