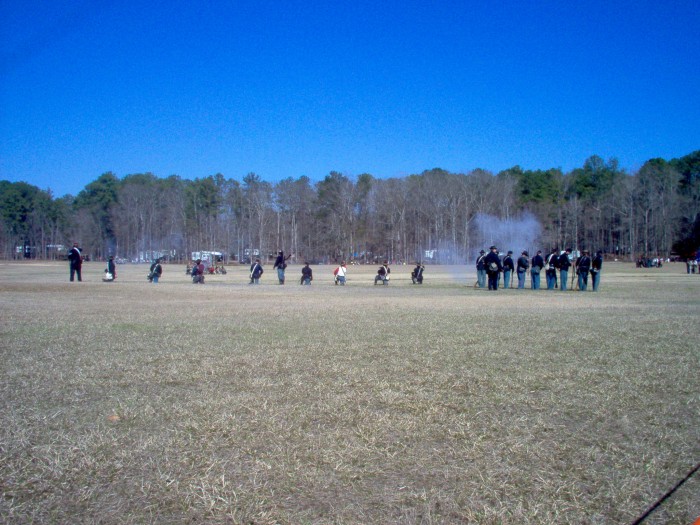 We went to a Civil War reenactment today in Quitman, MS.  I have a video clip.  After 20 minutes of battle the Yankees are hard pressed on the flank by their own captured cannon and withdraw in disarray.  The Rebs take the field.

The bluecoats came in three groups: skirmishers, artillery and regulars.  The skirmishers and artillary came out first.

The grays came also in three groups, two infantry and one artillery.